Home » NEWS » 50 CENT SAYS HE ONLY HAS ONE SON, DISOWNS THE OTHER

"We Getting Ready For The Holidays" 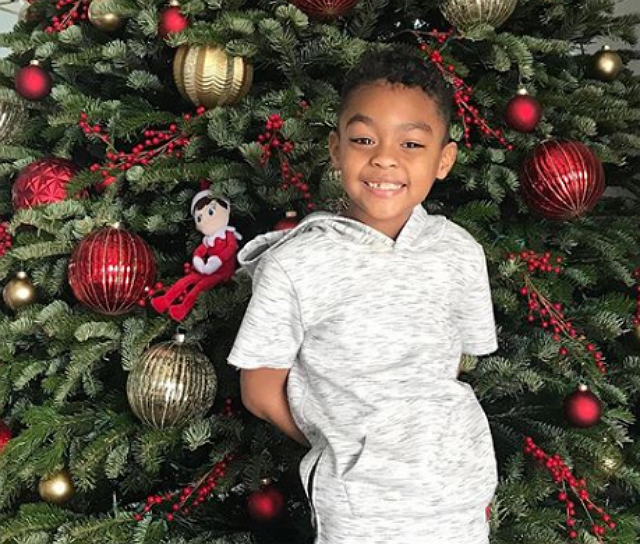 Much of the confusion centers around a recent Instagram post of Fiddy’s youngest son, Sire Jackson. The youngster, who is getting bigger by the minute it seems, was photographed while striking a pose in front of the family’s Christmas tree. “We getting ready for the holidays,” 50 Cent captioned underneath the picture story. “This kid is too much,” he added.

One fan responded to the post by writing, “You know, for a dad of three, you’re so proud of one child and completely ignore the rest of them. That doesn’t make you a good father. Let’s hope this boy doesn’t grow up like the others. You, as a father, must find a way to get in touch with the others.” Fiddy did not respond to the accusation of him being a bad father. He, instead, said, “I only have one son. I was mentoring the other little guy.”

The “other little guy” that 50 Cent referenced is a child named Davian who some rumored to be 50 Cent’s son two years ago. Davian had physical features that were similar to Fiddy’s, which is why the notion of the youngster being the rapper’s child grew stronger.

Curtis Jackson addressed the notion of him having a secret son shortly after the momentum of such claim continued to mount. “He’s not my biological son, but I treat him as my son,” the rapper explained. “I just met him and it was interesting because the way he looked at me and he’s shaking and crying.”

As much as I like #power #50Cent says some horrible things about his son and his mother and he's very petty. I'm seriously considering if I should support next season. ?

Curtis “50 Cent” Jackson still acknowledged his older son, Marquise Jackson, in 2016. These days, however, the celebrity father does nothing of the sort. Perhaps Marquise posing with the son of 50 Cent’s arch enemy, Supreme McGriff, helped further damage a relationship that was already tarnished? Perhaps yes, perhaps no.

In any case, Curtis “50 Cent” Jackson is the proud father of Sire Jackson; his one and only son by the rapper’s own admission. But 50 technically has two biological children.