"I Wouldn't Have A Bad Day" 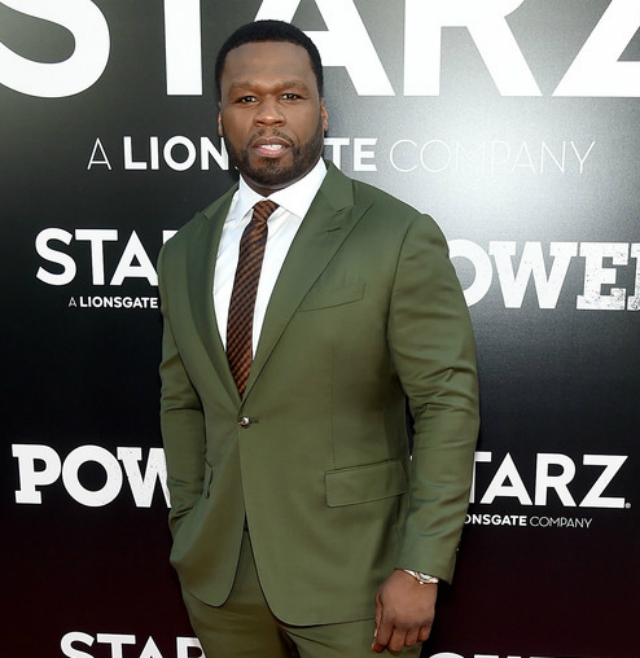 What is going on  here? Rapper Curtis “50 Cent” Jackson recently reacted to his oldest son, Marquise Jackson, hanging out with Supreme McGriff’s son, Supreme Jr, in the most awkward manner.

A photo of Supreme Jr.  and Marquise spending time together surfaced a few days ago. Rapper 50 Cent did not take too kindly to his eldest hanging out with the offspring of someone whose father was allegedly behind his attempted murder in 2000. The celebrity father responded by writing, “If both these ni****got hit by a bus, I wouldn’t have a bad day.” He said what, now?

Needless to say that many of 50 Cent’s fans reacted to what the star father said about his oldest son. Most could not understand why a father would will his son to die. One social media viewer wrote, “I don’t care what me and my son go through, I would never say no sh-t like that.” Another person wrote, “I don’t know why Marquise keeps referring to him as his father. I don’t know what else [50 Cent] has to say to get [Marquise] to stop referring to him as his dad.”

This certainly is not the first time that 50 Cent and Marquise Jackson have feuded in public. In fact, the celebrity father and his oldest son’s quibbles date back to 2014 when 50 Cent and Marquise had a major blowup on social media. 50 Cent later blamed his son’s mother, Shaniqua Tompkins, for his tumultuous relationship with Marquise.

I dont blame #50Cent for having those feelings towards his son. His son is the prime example of when single mothers fill their kids heads up with bullshit. They grow up hating their fathers because they hear one side of the story

“Her being at home since 2000 is saying that what I provide for him is enough for her to not have to actually go to work,” Curtis told media. “So it already takes that pressure off in that way, but it’s still not quite enough because she still [feels] like destroying the relationship [between my son and I] is a way of getting back [at me]. That’s her response to not getting the things that she wanted, the way she wanted it.”

Regardless of their past tensions, it would be nice to see 50 Cent and Marquise Jackson end this long-standing feud. Stay tuned for more celebrity father news!

KIM PORTER WAS WRITING A BOOK ABOUT PARENTING BEFORE HER DEATH

KIM PORTER WAS WRITING A BOOK ABOUT PARENTING BEFORE HER DEATH