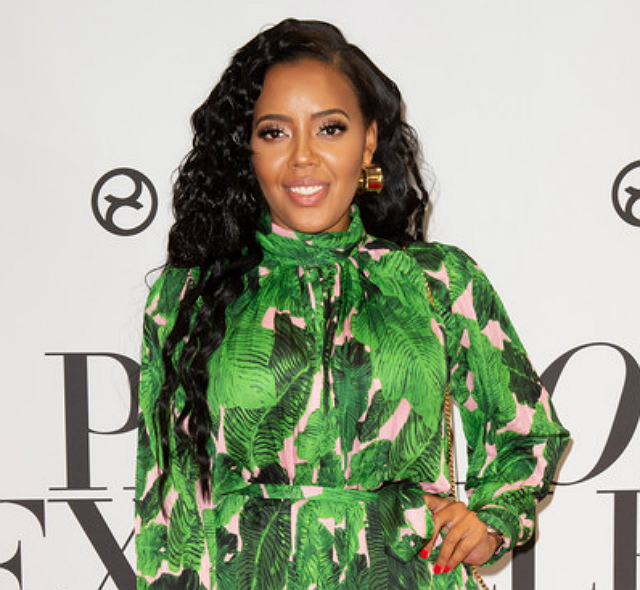 Angela Simmons is still mourning the death of her ex-fiance, Sutton Tennyson Sr., but says that she is making it by taking it one day at a time. The celebrity mom took to Instagram to celebrate her strength as well as dote on her son, Sutton Tennyson Jr., who has given her joy during this tumultuous time.

“The love of this child gives me so much strength,” Angela told her fans on Monday. “He’s so sweet to me,” the celebrity mom added. Angela also uploaded a video clip of her and little Sutton smiling while having a bit of fun with filters. “He so cute and he gives so much luv,” one fan said. “Beautiful,” wrote another of Angela’s social media followers.

Angela Simmons learned of her ex-fiance’s sudden passing earlier this month. Sutton Tennyson, Sr., was murdered after an alleged dispute in a parking garage turned sour. Angela told her fans that she was “numb” and in disbelief after coming to grips with the reality of her son’s father passing away. Sutton Tennyson, Sr., was laid to rest in Atlanta this past weekend. Angela was in attendance at the memorial service.

“Having the strength to get through it all,” the celebrity mom wrote online on Tuesday. “That’s what’s most important,” she added. “Life will always throw unexpected curve balls.”

Angela also thanked her father, Rev Run Simmons, for being an incredible father figure to her son. “I thank God every day for such an amazing Dad,” Angela wrote online on her father’s birthday. “I couldn’t ask for a better Dad or Papa for SJ. I know he will always have you. Love you Dad. Thanks for always being here.”

Sutton Tennyson, Sr., and Angela Simmons welcomed their son in September 2016. He is the former couple’s only child.