"It's Heck Of Juicy" 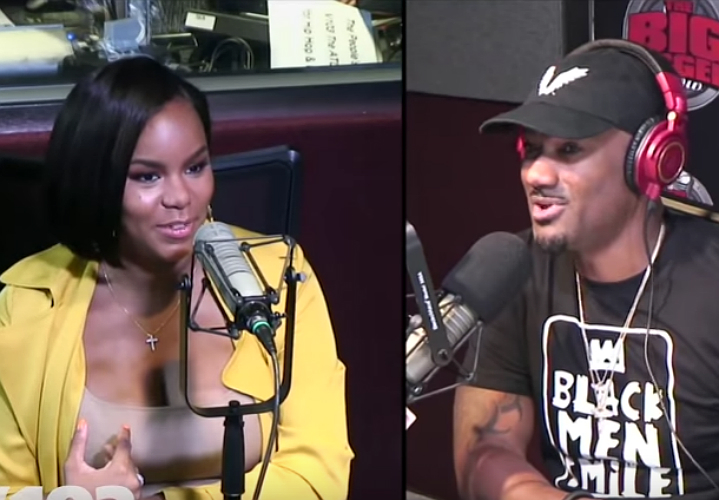 LeToya Luckett-Walker is doing a lot these days. Not only is the expectant star preparing for a very transparent role on T.I. and Tiny’s reality series, Friends and Family Hustle, but she is also getting ready to welcome her first child.

“I’m giving some juice,” LeToya tells V-103 Atlanta of her spot on T.I. & Tiny: Friends and Family Hustle. “And I’m in my first year of marriage, so it’s heck of juicy.”

What’s also juicy is Luckett’s role on the hit OWN series, Greenleaf. “I play a character by the name of Rochelle Cross on Greenleaf,” LeToya tells media. “She’s definitely one that people love to hate,” the celebrity continues.

“It’s so crazy because even I announced that I was pregnant, [fans] were like, ‘Is that Bishop’s baby?’ They won’t let me live. I guess once you play a character, especially a villain, [fans] don’t let you come off of that for a minute. They don’t see me as LeToya no more. They see me as Rochelle Cross, and I got to remind them, ‘Hey guys I’m just acting. I just read the lines. That’s it.'”

Rochelle Cross is definitely all about stirring the pot of drama. LeToya, however, is a woman of peace. The expectant star tells V-103 how she has moved forward and matured after a very public, and rather nasty, parting from Destiny’s Child several years back.

“I’m happy with me. I’m happy with the journey that God has taken me on,” she shares. “I am okay with everything that happened back then. And I also believe it happened for a reason. It happened for my good. … This wasn’t my decision, but it was what was supposed to happen.”

Now, as a married woman on the cusp of expanding her family, LeToya is preparing for the role of a lifetime. “I’m going to give all of my undivided attention to my child that I am bringing into this world,” she reveals. “I am going to take the time to prepare as far as making the home right, getting my mind right, and doing that because this is a big transition. This is a new chapter. Ain’t no script for this. Ain’t no script. Ain’t no book, and there’s a lot of books out there. I’m hearing that nothing can prepare you for this moment. So I want to take it all in. I don’t want to be distracted.”

You can catch LeToya Luckett in her role as Rochelle Cross on Greenleaf every Wednesday on Oprah’s OWN network. Luckett and her family make their Reality TV debut on T.I. & Tiny: Friends and Family Hustle on October 22, 2018, at 9 PM ET/PT via VH1!

CHRISSY TEIGEN IS WORKING ON A KIDS' COOKBOOK

CHRISSY TEIGEN IS WORKING ON A KIDS' COOKBOOK