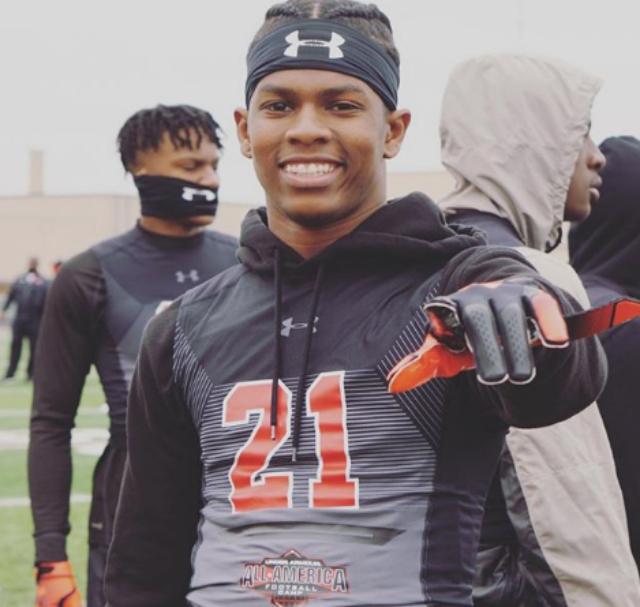 Is Shilo Sanders headed to Florida State University (FSU)? Maybe so, maybe no. The son of NFL living legend Deion Sanders recently received an offer from the university but isn’t quite ready to commit to an undergraduate program just yet.

“I’m not saying [FSU] won’t be the right fit, I’m just saying I’m not making the decision right now,” Shilo told TMZ Sports a few days ago. Other programs that are reportedly vying for the rising athlete include Oregon, Nebraska, South Carolina, and Georgia. With so many potential options, and so much on the table, it may be understandable why Deion Sanders’ son is waiting until the time is right to make his decision.

It would be interesting, though, to see Shilo commit to the same university that his father attended. “To me, it’s extremely a blessing to have the same opportunity my father had and to potentially have the opportunity to carry on his legacy,” the young athlete told media after receiving his offer from FSU.

“If I choose to take that route, and follow in my dad’s footsteps, then that’s excellent,” Shilo continued. “But I’m definitely interested in doing my own thing, too, so both could be gratifying. No matter where I go, I’m going to have the same target on my back, so it’s just finding what’s best for me.”