Home » NEWS » CHRISSY TEIGEN IS WORKING ON A KIDS’ COOKBOOK

CHRISSY TEIGEN IS WORKING ON A KIDS’ COOKBOOK 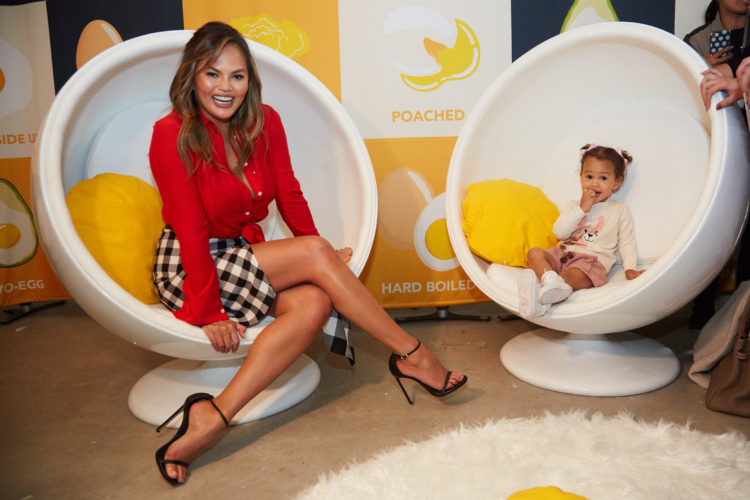 Chrissy Teigen is coming out with a children’s book! The celebrity mom announced her plans to publish a culinary book for little ones at her #CRAVINGFEST event during the New York City Wine and Food Festival this past Saturday.

“I really wanna make it awesome,” Teigen told attendees. “I know kids have really simple palates and we all want to make them more refined, but they’re just kids, so we’re gonna do stuff that kids are going to love.”

Chrissy Teigen will definitely have some help with her book in the person of her daughter, Luna Stephens. The little one will likely help her mom with recipes in the kitchen in addition to assisting Chrissy with picking a title for the book. “It’s going to be so good,” Teigen said of the upcoming book’s title. “Hopefully it’s Luna-approved,” the celebrity mom added.

Many at-home chefs raved about Chrissy Teigen’s first cookbook, Cravings, to the extent of the celebrity mom being compelled to release a second book, Cravings: Hungry For More.

“There’s a recipe for Thai fried ribs that I was hesitant to put in because it has three ingredients,” Chrissy said of the content of her second cookbook during a recent interview with Bon Appetit. “It’s literally soy sauce, garlic, pepper, and [baby back] ribs, but it’s so delicious. It’s these little ends of ribs and you’re just gnawing on the bone of this jerky-like rib. My daughter loves it, and we all love it. You try something like that and you say, no, this, this has to be in. You have to be comfortable with putting easier things in the book.”

What simple recipes will Chrissy Teigen include in her upcoming cookbook? We’ll have to wait and see! Keep your eyes and ears open for the debut!