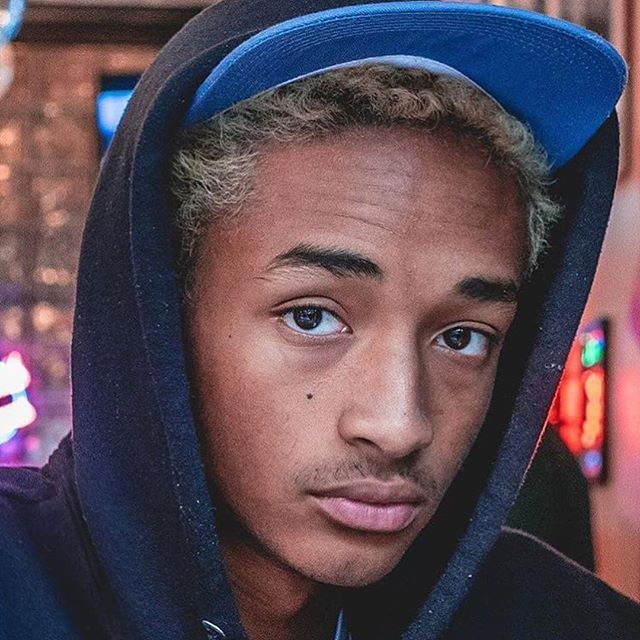 Jaden Smith is one of the most “in-the-know” young people in Hollywood. Smith always stays tuned into various conspiracy theories and alternative was of viewing the world around him. And of course, his art, whether it be song or acting, is definitely a reflection of what goes on in his head.

Recently, the talented young star sat down with Bill Bradley of the Huffington Post to clue us in on what’s going on behind those brown eyes.

And of course, the biggest news—he believes that there is a secret place on this earth that is “Wakanda-like”.

“The technology that we’re currently at is not the maximum of the human capability,” he began in is interview, “and that there are places in the world where their technology supersedes what we see here on a daily basis. It’s made by humans, and it should be acknowledged, and it should be looked at because it could heal a lot of problems.”

The rest of what Smith had to say below. If Smith’s theories are right, Wakanda better say hidden because there will probably be millions wanting to go.

You’re in “Skate Kitchen.” You have a new album. You’re going on tour with J. Cole. Have you figured out time travel, or how are you doing all of this?

I figured out how to time travel in the future of my life, and my future self came back and told me that, so not yet, but I just try to do as much as possible. This is my full-time job. That’s the only way I can do it.

If you could time travel, where would you go?

Man, I think I’d be too scared to use a time machine. But if I could time travel, I would go back and change [the] “Star Wars” [line] back to “Luke, I am your father” again. Because it was it before and somehow changed, because someone went back in time and changed it.

And then I would go back in time and change it again, because it just bothers me. I wake up and I cry sometimes. I just want to change that.

Do you know who Rey’s parents are in “Star Wars”?

I have no idea. Who do you think?

I think it’s got to be someone important.

I’m all about the theories, man.

Oh, OK. Yeah, that would be crazy.

Yeah, it’d be sick. Is a hot dog a sandwich?

Yeah. It is a form of sandwich. There’s bread. It’s a step before a sandwich. You cut the back and squeeze it down, it becomes a thin sandwich. And I think… is a burger a sandwich? Yes. Therefore a hot dog can be argued to not be a sandwich, because it’s one piece of bread. But if it just gets that separation and that squeeze, then it becomes a sandwich.

You’ve said before that you were only able to talk to Jackie Chan and your dad [Will Smith] on movie sets. How was “Skate Kitchen” different, now that you have people your own age?

Best thing. So much fun. That’s why we’re still friends. That’s why we still hang out to this day, because we have each other, and we’re really catching a vibe all together.

Is Batman a superhero?

Batman is a superhero because, even though he has no technical powers, he’s still super-trained, you know? It’s like the same thing can be argued about Iron Man, you know? His suit, but he is still trained in all these different ways, so, yeah, Batman and Iron Man are both superheroes.

You have a song “Icon.” What’s most iconic about “Skate Kitchen”?

I think, just, the girls. All of them. Just the story. I think they’re the icons of the movie. They deserve all the credit.

Do you think Leonardo DiCaprio was asleep or awake at the end of “Inception”?

Dude, your questions are genius.

Well, I think the top was going to fall. They didn’t even have the top not falling in the original script.

I think he was there just for the sake of his kids. I hope he was there. That’s such a crazy thought, though. Taking me back, bro. Really took me back.

In your new movie, Camille [Rachelle Vinberg] hides skateboarding from her mom. Why do you think that’s important to the story, and do you ever relate to that?

Parents need to know that kids hide things from them. Even though they do know that, because they were all kids. But sometimes it’s like, kids hide a lot of things. But it’s like… skating. It’s almost like hiding being gay or something, that, like, in this day and age, in this time, you shouldn’t have to do that. Especially from your parents. So I think it gives perspective for people. Like, damn, that’s so sad to have to hide that from your mom when really you should be focusing on spending time and being together.

What was it like when you asked President Obama about aliens?

That was the best moment of my life, honestly. I had to do it for all of us alien conspiracy theorists around the world. Just, somebody has to do it. I was actually brought up [in conversation] by like a huge lawyer trying to disclose extraterrestrials in Canada to a senator. They brought [my interaction with Obama] up to prove the fact that UFOs are becoming a mainstream topic, even though that’s the last thing they needed to prove it. But I had to, and he pretty much gave me everything I needed to know. I’d love to ask him again, now that his office rules are probably different, but pretty much he said …

First off, I didn’t ask him.

That’s a major. Not even a red flag. That’s a good flag. That’s a major, like, win. That’s already one win, you know what I’m saying? It’s already one win. Then he says, “I can’t confirm or deny the existence of extraterrestrials.” That’s another win. “But if there was a time in a debriefing where I needed to be let known any type of information or if there needed to be a meeting, it would’ve or has happened in this room.”

Wow, what happened next?

I don’t know what happened. I blacked out. I forget.

ADORABLE! HEIRESS HARRIS ENJOYS A SPA DAY WITH HER PARENTS