Home » STYLE » HEIRESS HARRIS HAS HER OWN NAIL POLISH COLLECTION

It's Called The Royal Collection 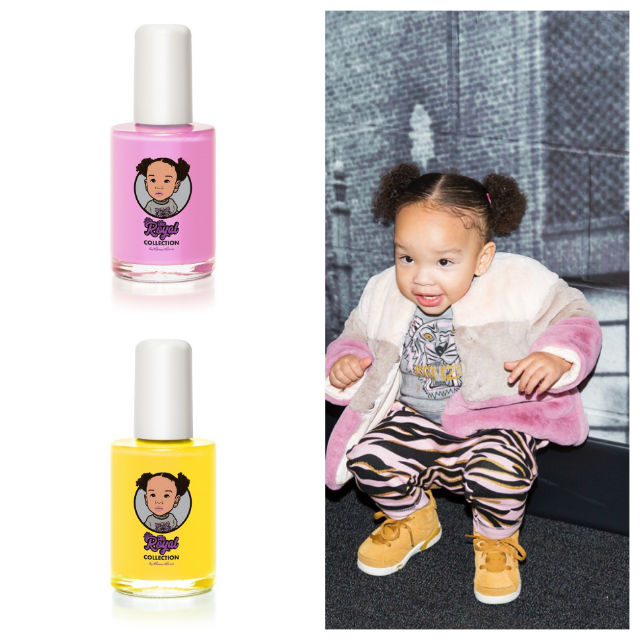 We are not ready for it! Heiress Harris, daughter of T.I. and Tiny Harris, has her own nail polish line. Did we mention that she’s only two-years-old?

Tiny announced her daughter’s new venture last week. “Introducing my newest hustler of the family @heiressdharris has partnered up with Piggy Paint for her own nail polish line called The Royal Collection by Heiress Harris,” the celebrity mom wrote online. “My Baby girl loves her nails polishes, so it was only right that I found a brand that was non-toxic and safe for babies and children,” Tiny said.

Introducing my newest hustler of the family @heiressdharris has partnered up with Piggy Paint for her own nail polish line called The Royal Collection by Heiress Harris my Babygirl loves her nails polished so it was only right that I found her a brand that was nontoxic & safe for babies & children. This polish will be in stores all over real soon but u can get your first bottles at Essence fest booth 239 come see me tomorrow at Meet & Greet 4pm July 7 can’t wait to meet u!! #PsShePickThe3ColorsOutHerself #ButIOnlyHavePicOfTwo ?????

The celebrity mom went on to tell her social media fans where they could buy a bottle from her daughter’s collection. “This polish will be in stores all over real soon,” Tiny shared. “You can get your first bottles at Essence fest booth 239,” the star mom told her fans. Tiny also revealed that Heiress would be present to promote her product at the ESSENCE Festival.

Heiress received much support from her mom’s fanbase. “Imma get all six,” one subscriber said. “Can you put six to the side for me and when I get back I’ll come and pick them up,” the fan asked. “These are suuuupperr cute!” Another follower inquired, “If we missed you at the booth can we order it from a website?”

I love this video of my family having a good time at @_beautifulrose wedding both my daughters & niece enjoying themselves @princess_of_da_south @heiressdharris @kamayadaplug #HeiressTheSoulSnatcher ???♋️???

Heiress is T.I. and Tiny Harris’ youngest child. The celebrity mom spoke with Rolling Out about welcoming a seventh child to the family in 2016. “Seven is like my favorite number,” Harris explained. “For one, I’m born in the month of seven. My birthday is 7/14, so I write 7/ 7, 7, which makes up 14. It’s the number of God. And it’s my seventh child. So, you know it means a lot. I’m very big on numbers and seven is my number.”