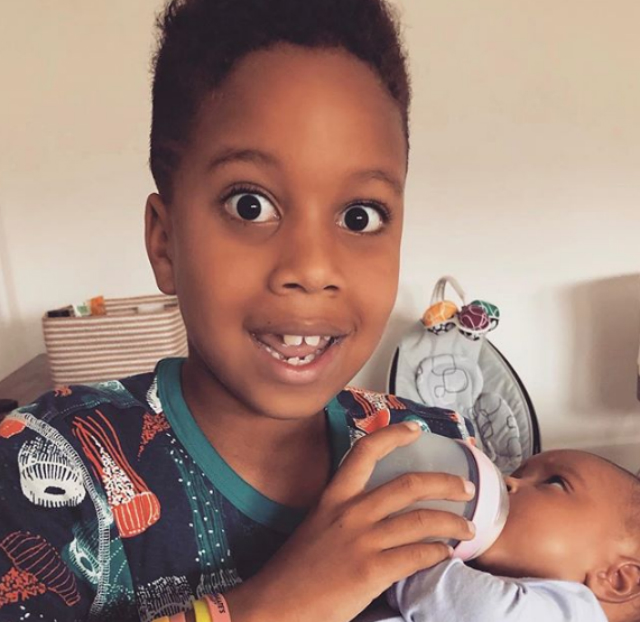 How precious is this? Tia Mowry shared a picture of her son, Cree, feeding his little sister, Cairo Tiahna, and we just cannot get enough of the cuteness!

Cree was all smiles while giving his sister her bottle in the candid. Little Cairo was completely focused on her big brother while taking in a good meal. “That is just too cute,” one fan exclaimed. “Reminds me of my little girl feeding her baby brother.” Aren’t sibling bonds the best?

It was just last week that Tia Mowry introduced her social media fans to her daughter. The celebrity mom explained the meaning behind her daughter’s name.

“Cairo, it basically means victorious,” Mowry shared. “My husband, he was in the air flying, and he always feels like he’s closer to his mother when he’s up in the air. And he said when he was flying, he had seen The letters A, I, and R, in the sky. He said that he wanted the baby’s name to have those letters. Tiahna is spelled T-I-A-H-N-A, so it has Tia in there. Tiahna actually means, ‘Follower of Christ.’ Also, Tiahna is one of the first African princesses, so she is our little princess here.”

Cree definitely seems to enjoy life as a big brother. In fact, Tia recently told media that her son doesn’t mind the idea of having another younger sibling. “He’s like, ‘Mommy, now that we have a sister, next I want a brother,'” Mowry revealed in January. “I’m always open,” she added. “I think that’s how I’ve been living my life lately, taking things a day at a time, not being too structured.”

Cairo Tiahna is Tia Mowry and husband Cory Hardrict’s second child. She was born on May 5, 2018.