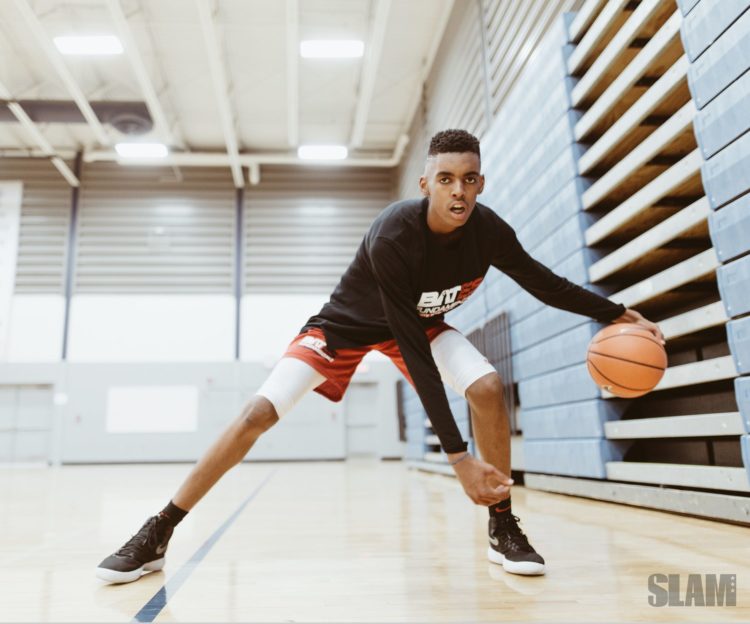 At 6’7” tall, fourteen-year-old eight-grade student Emoni Bates is making a name for himself on the basketball court. The Ypsilanti, MI teenager is the number one eighth-grade basketball player in the entire United States.

“From the first time he picked up a rubber ball, he would just concentrate and dribble and dribble,” his father commented in an interview with slamonline.com. “Really engaged with what he was doing. Just nonstop.”

Bates stated to play basketball in fourth grade, at 8-years-old, scoring 26 points in his championship game.
“He just got his jumper working early,” his father reminisced. “He hit, like, five threes. Once the jumper got going, the bucket just got bigger and bigger. Then he started making some midrange, off the dribble pull-ups. I was in awe.”

Bates’ skills are of course, enhanced by his height and natural talent; however, when asked who he wishes to emulate or be compared to, it is his humble nature and true stardom that stands out the most.

“I want people to look at me as my own player,” he says. “So when kids come up, I want them to look up to me and say I want to be the next [Emoni].”

Check out video of Bates below and let us know what you think!

IT’S HER PARTY AND SHE WILL CRY IF SHE WANTS TO!

IT’S HER PARTY AND SHE WILL CRY IF SHE WANTS TO!