Home » NEWS » SHAREEF O’NEAL: ‘I FEEL LIKE PEOPLE ARE EXPECTING ME TO DO A LOT OF THINGS’

SHAREEF O’NEAL: ‘I FEEL LIKE PEOPLE ARE EXPECTING ME TO DO A LOT OF THINGS’ 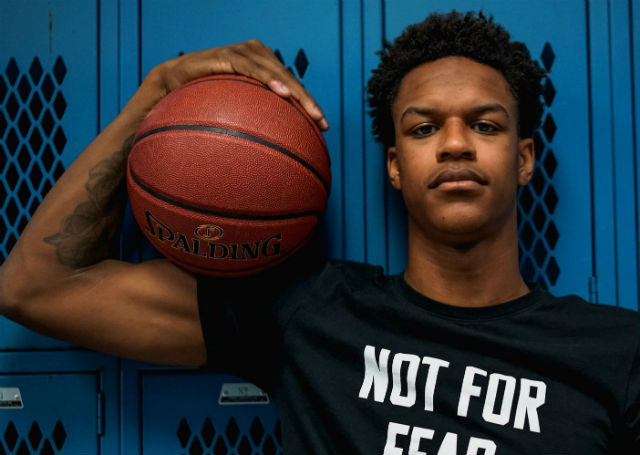 Expectations are high for Shareef O’Neal. The 18-year-old has finished high school and is ready to begin his collegiate years at UCLA as both a student and basketball player for the Bruins. Sometimes, in all of the anticipation, comparison becomes a thing. Shareef tells SLAM that some people have already determined that he will never be as good as his father, Shaq, on the basketball court.

“Probably everyone who’s heard of me, they don’t think I’m going to be as good as my dad,” the young adult reveals. “Some people are kind of believing in me. My dad, he says I was better than him when he was my age, so that kind of boosted me up a little bit.”

Does all of the hype create a sense of pressure? “I don’t think pressure exists anymore,” Shareef says. “I used to think it was when I was growing up, and I used to doubt myself a lot when I had a bad game cause of what people would say, but it doesn’t exist to me anymore. I know what I can do and I’ve proven myself throughout my high school career. So I’m just looking to keep proving people wrong.”

Shareef has certainly done a good job of silencing the nay-sayers thus far. The young athlete helped his high school team grasp a California State Division II title all while earning the John R. Wooden Award for being the player of the year. His commitment to UCLA came after Shareef rescinded his agreement to attend the University of Arizona after scandal rocked the Wildcats.

“Just because of the name I have, the last name I carry, I feel like people are expecting me to do a lot of things,” the growing athlete says. “If I don’t live up to those expectations, then I’m hyped up and overrated.”

The good news is that Shaq doesn’t expect his son to follow in his footsteps. “I’m not pressured to play basketball,” the young adult says. “If I wanted to put down the ball today, hang up all my shoes, he wouldn’t be mad at all,” Shareef says of Shaq’s attitude towards him pursuing his passions in life. “If he’d ask me what else I’d want to do, I’d tell him and he’d be OK with it.”

GET THE INSIDE SCOOP ON 'BUMBLEBEE' BEFORE IT HITS THEATERS

GET THE INSIDE SCOOP ON 'BUMBLEBEE' BEFORE IT HITS THEATERS