Trolls Always Have To Ruin Things 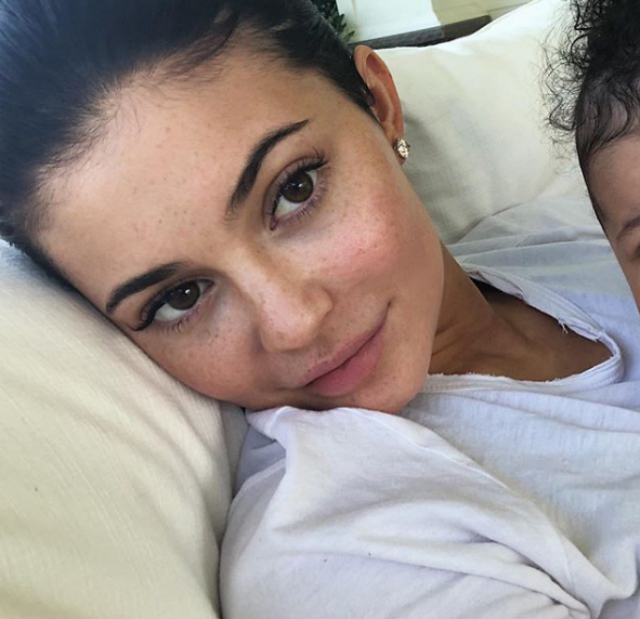 You will not catch Kylie Jenner sharing pictures of her daughter, Stormi Scott, anytime soon. An insider tells PEOPLE why the celebrity mom decided to stop sharing candids of her daughter online.

“Kylie felt so protective of her baby when she was pregnant. This is why she didn’t share any bump pictures while she was pregnant,” the family friend reveals. “After Stormi was born, Kylie was the proudest mom,” the source continues.

“She couldn’t wait to show off Stormi to her fans. She posted pictures because she was so excited to be a mom. Unfortunately, social media is a crazy place.”

The insider tells media that the ugly comments online put Kylie into protective mode once again, which is why we won’t see much of Stormi via Instagram or Snapchat in the near future. “Kylie is shocked and doesn’t want her daughter’s pictures to be a part of something negative,” the source tells PEOPLe. “She might reconsider in the future, but for now, she won’t post any more photos of Stormi’s face.”

Kylie Jenner has decided to be mindful of the photos that she shares online featuring her daughter. Thankfully, the star mom has not decided to go completely cold turkey, which is why we see flashes of little Stormi’s face and her backside. Stormi is Kylie Jenner and Travis Scott’s only child.

SHAREEF O'NEAL: 'I FEEL LIKE PEOPLE ARE EXPECTING ME TO DO A LOT OF THINGS'

SHAREEF O'NEAL: 'I FEEL LIKE PEOPLE ARE EXPECTING ME TO DO A LOT OF THINGS'