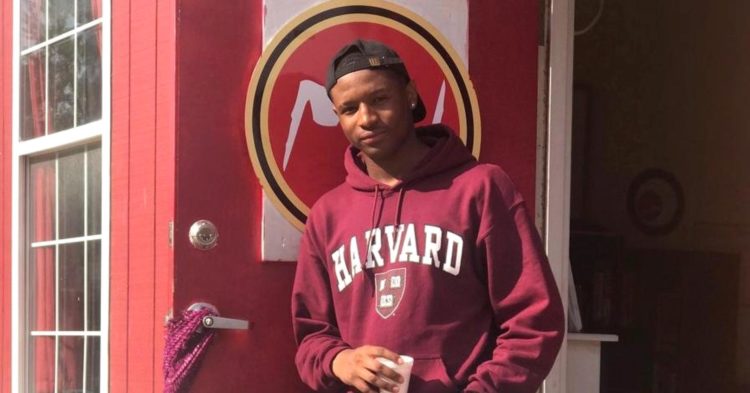 Getting into Harvard University under the best of circumstances is difficult at its best. Almost 40,000 college-bound students applied for a spot in the university’s undergraduate class of 2021 and just 2,037 were accepted. However, that number does not include Richard Jenkins. Jenkins spent his early years in life moving in between homeless shelters, hospital beds, and motels. Yet, the academically gifted young man is now able to call himself a member of the Harvard community.

Despite his hardships growing up, Jenkins went on to graduate valedictorian of his high school. In a recent interview with a Philadelphia radio station, Jenkins talks about the shame he felt at his upbringing. “In the sixth grade, one time I was walking from school with my friend, and he was asking me where I lived,” he recalled while talking to WHYY. “The shelter looked like a big house — it could have been a mansion. So I told him, ‘Yeah, that’s my house right there,’ because I was so embarrassed to say I lived in a shelter.”

It was that moment that was Jenkins’ inspiration to focus on his studies in hopes to obtain something better. Despite the nickname that he was given by school bullies, “Harvard,” Jenkins decided, “that’s when I realized I’ve got to buckle in, because I can’t have my potential kids going through what I’m going through now.”

Take a look and hear Jenkins’ story for yourself. The young rising academic plans on studying computer science with the hopes of creating a “more intuitive Siri.” And of course, we have no doubt that he will.

WHAT WAS IN TIA MOWRY'S LABOR AND DELIVERY BAG? FIND OUT HERE!