Home » Upcoming » CELAI WEST SLAYS THE RUNWAY AND BEYOND

CELAI WEST SLAYS THE RUNWAY AND BEYOND 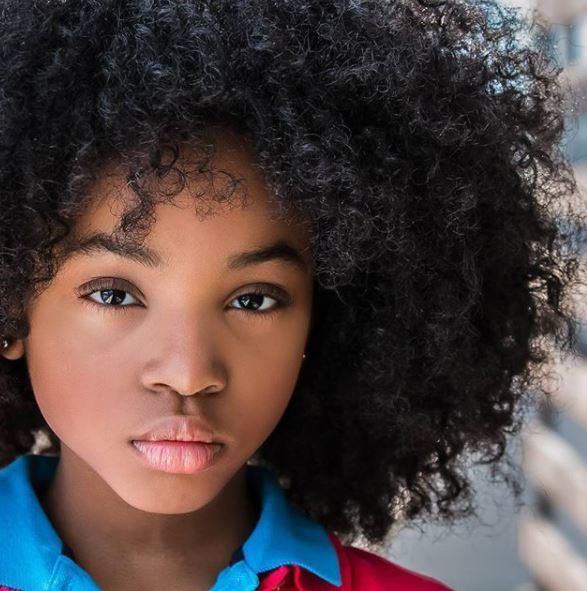 You have definitely seen her face whether it has been on the runway, in a magazine or in Willy William’s music video, “Voodoo”. Her name has become synonymous with style, beauty, grace, and of course supermodel. And if by some chance, you haven’t heard of Celai West, listen up because this tiny nine-year-old talent is here to stay.

West has been modeling since the age of three, finding her comfort on the runway and in front of the camera. The “little brown girl with big hair” has a plethora of ad campaigns on her resume that include Target, Walmart, Disney, FabKids, The North Face, and American Girl. Yet, her stride doesn’t stop there. West has had a host of onscreen appearances that include Muppo Invaders MUST DIE and, as previously mentioned, her appearance in Willy William’s music video, “Voodoo.”

However, for someone so accomplished and polished, West remains humble and proud that she can do what she loves while showing and inspiring other girls to remember that they are beautiful just the way that they are.

10 PHOTOS OF REIGN RUSHING THAT WILL MAKE YOU SAY 'AWW'

10 PHOTOS OF REIGN RUSHING THAT WILL MAKE YOU SAY 'AWW'