"We're Not Where We're Supposed To Be" 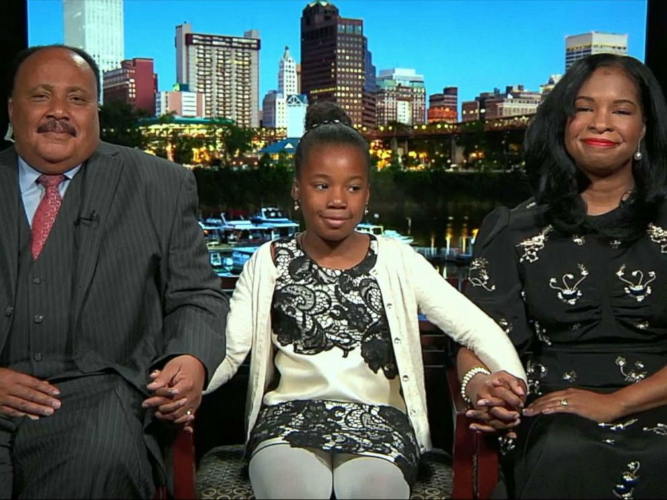 “We’re not where we’re supposed to be.” These were the words of 9-year-old Yolanda Renee King, granddaughter of the late Dr. Martin Luther King Jr., during a news spot that commemorated the activist’s assassination anniversary.

It’s been 50 years since Dr. King was murdered by someone who disagreed with his message for equality and justice for all. The civil rights leader was in Memphis speaking in favor of African-American sanitation workers who couldn’t even take breaks indoors with their white co-workers.

“I think that he would be impressed about all the work that we’re doing but we’re not where we’re supposed to be,” Yolanda said of the state of the nation. Yolanda’s father also chimed in saying, “I think he’d be disappointed with some of the discourse that we see [today] but he’d be very excited to see the high school student-led movements. He’d be very excited about the #MeToo movement. He’d be very excited about what Black Lives Matter is doing, all of these non-violent movements.” Still, “He would know that we as a nation can, must and will do better.”

Yolanda King made her public debut during the “March For Our Lives” event in Washington D.C. last month. The 9-year-old used the words of her late grandfather to call for better gun control laws. “My grandfather had a dream that his four little children would not be judged by the color of their skin but by the content of their character,” the youngster said. “I have a dream that enough is enough, and that this should be a gun free world, period.”

Will Yolanda follow in her late grandfather’s footsteps? We’ll have to keep watching and see!