"He Aggressively Tried To Drive A Wedge Between Her And Eddie" 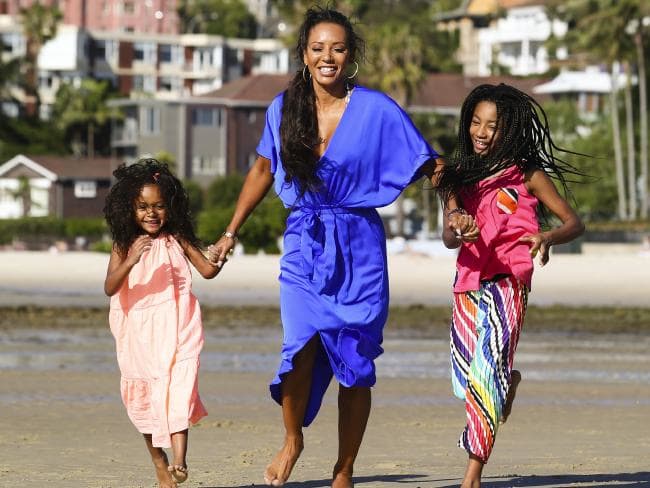 The notion of Eddie Murphy not wanting to spend time with his daughter is laughable, according to Mel B. The celebrity mom gives details behind her estranged husband Stephen Belafonte’s claims that his stepdaughter, Angel Brown, has a stronger bond with him than with her biological father.

According to court documents obtained by TMZ,

“Mel B says while she was with Stephen he aggressively tried to drive a wedge between her and Eddie. She says Stephen once took her phone and sent text messages to Eddie’s assistant … and whatever he texted pissed Eddie off enough to cancel a visit with Angel.

She says Stephen’s allegation that Eddie has abandoned Angel is BS … Mel B says Eddie has interacted with Angel numerous times.”

Rumors of Eddie Murphy wanting to have nothing to do with Angel began to fall apart after Mel B’s latest appearance on The Real. The celebrity mom was discussing the varying personalities of her kids when a photo of Angel with Eddie Murphy appeared on the back screen. Lonni was sure to point out that the youngster was with her father, which inadvertently dispelled the notion of Eddie cutting Angel out of his life.

Stephen Belafonte’s lawyer, Grace Jamra, alleged that Eddie Murphy chose to cut ties with his daughter during a recent interview with Daily Mail. “Mr. Murphy has had no contact with the child,” Grace said. “I strongly believe that Brown’s abrupt decision to cut off all ties between Angel and I has been emotionally traumatizing and detrimental to Angel’s mental health and well being.”

It seems that Stephen Belafonte, not Eddie Murphy, is negatively impacting Angel’s mental health and overall well-being; at least, that’s what Mel B has told the courts. The celebrity mom revealed that her daughter is terrified of her stepdaughter and is better off without Stephen in her life. Meanwhile, the relationship between Mel, Angel, and Eddie has been seemingly resurrected.