Simon Cowell's Ex-Fiancee Wants Back Pay For Upwards Of $120K 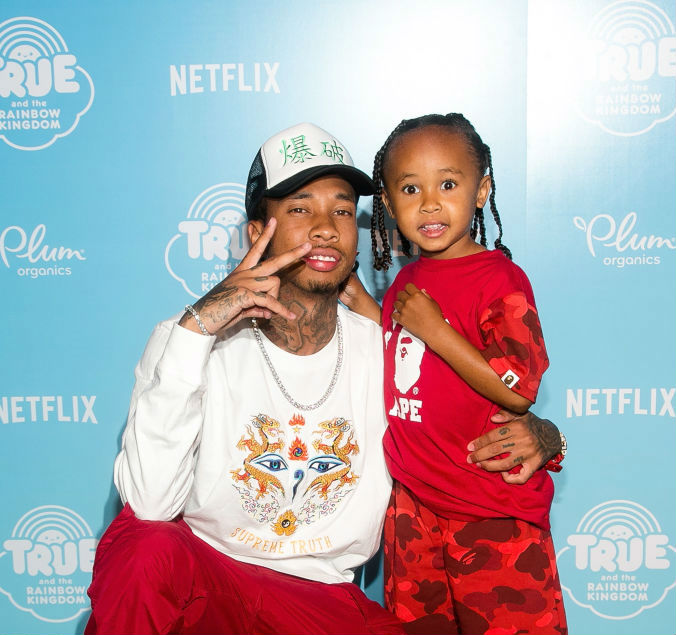 What is going on? Tyga is listed in an eviction lawsuit and so is his 5-year-old son, King Cairo.

Now, before you slam the landlord of the property – who is none other than Simon Cowell’s ex-fiancee, Mezhgan Hussainy – you should know that Tyga placed his son in the position to be sued. According to court documents obtained by TMZ, the celebrity father agreed to rent Hussainy’s Beverly Hills home for $40,000 per month. He stopped paying the rent in January and has made no effort to get caught up with the payments. Such behavior led Hussainy to file suit with the courts in hopes of recovering back-rent. King Cairo is listed on the suit as “other defendants” because Tyga put his son’s name on the lease. Really?

This dude stay in debt @Tyga ask Kanye for a loan bruh.

This, unfortunately, isn’t the first time that Tyga has been sued within the past twelve months. It was just this past January that Shyanne Riekena sued the rapper’s company and was awarded $236,000 by a judge. Tyga was supposed to provide an itemized list of his assets to the courts to further settle the debt, but he failed to do so and was deemed a wanted man.

How will this case concerning both Tyga and his son turn out? We’ll have to wait and see. King Cairo is Tyga’s son with Blac Chyna.