Home » NEWS » TYRA BANKS ON SON: ‘I’M GOING TO SUPPORT WHAT HE WANTS AND JUST HOPE IT’S NOT MODELING’

TYRA BANKS ON SON: ‘I’M GOING TO SUPPORT WHAT HE WANTS AND JUST HOPE IT’S NOT MODELING’

"But If It Is, I'll Be Telling Him How To Smize" 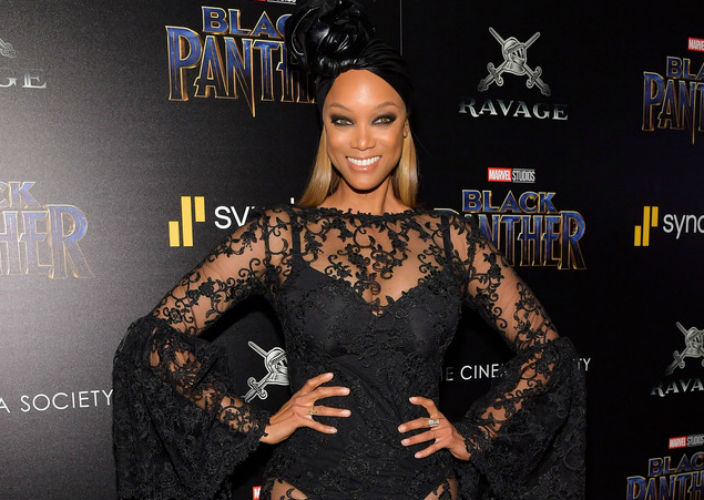 You will not see York Banks Asla smizing on the runway anytime soon. Tyra Banks tells media that she is in no hurry to get her son into the fashion industry as a model.

“I wouldn’t love for him to model, but I wouldn’t tell him, ‘Don’t do it,’ because then he’d do it more,” Tyra reveals to Us Weekly. “I’m going to support what he wants and just hope it’s not modeling, but if it is, I’ll be telling him how to smize.”

York already has a sense of the practice that involves intense eye contact with the camera that implies a smile. Fans were amazed at the little one’s incredible presence in the impromptu photo that Tyra shared with fans lat June. York gave such intensity with his eyes and body language that many of Tyra’s social media followers deemed her son a natural for modeling.

Modeling may be in York’s future, but Tyra is focused on her son’s developmental abilities for now. “He has friends in his classes that are like, ‘re- red,’ and my son is already up to silver and rose and rose gold,” Tyra dotes. “He has been counting to 20 since he was 18 months. So he’s really, really smart. He speaks Spanish, Norwegian and English. He’s a smart one. But he’s still crazy and d*mn near rolling on the floor and not listening to me most of the time.”

Will York be the one to break open the modeling industry for males in coming years? Maybe so. Stay tuned to see how the youngster perfects his smizing technique.