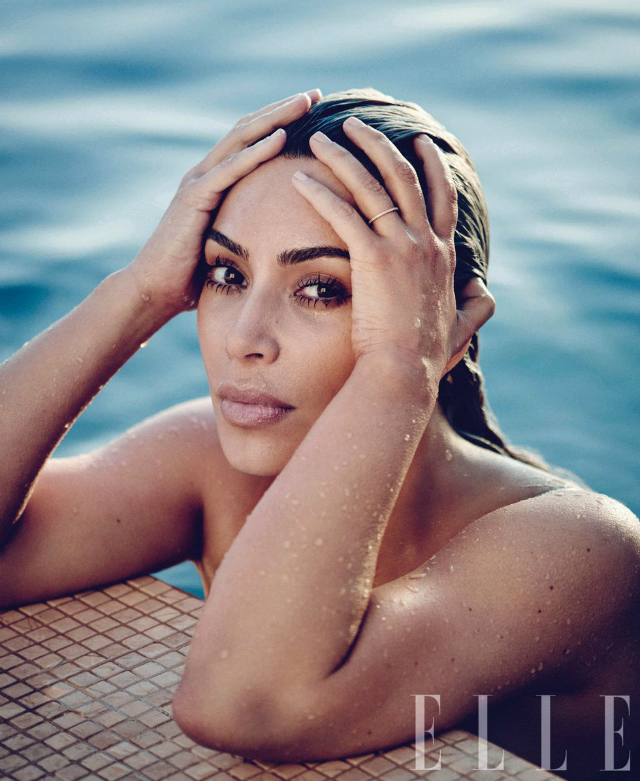 Just call her a stickler for organization! Kim Kardashian shares with ELLE how she keeps her life as a celebrity mom in check.

“My life is chaotic, so my home is super simple. Everything has to be clean. No clutter,” Kim shares. “I can’t have a full phone. At the end of the day, I delete everything that’s not a current conversation. If I need some information, then I keep it. If not, it has to be deleted. I can’t see too much noise,” she adds.

Kim further explains how she becomes anxious when things are unorganized. “If things aren’t organized, I flip out,” she explains. “My kids’ clothes have their name ironed into them on little labels. I know where everything is, and I. Do. Not. Lose. Things.”

Although she prides herself on having control, Kim found herself bewildered during labor and delivery of her second child, Saint West. “After giving birth, your placenta is supposed to come out. But mine was stuck,” she reveals. “That’s what women usually die from in childbirth—you hemorrhage and bleed to death and they can’t stop it. To get it out—it’s so disgusting—the doctor had to stick his whole arm in me and scrape it off. It was the most painful.”

Joy comes from pain, which is what Kim and Kanye experienced upon the arrival of their third child, Chicago West. The couple used the services of a surrogate this time around. “I refer to her as a surrogate, but it’s completely my and Kanye’s DNA, so technically that’s called a gestational carrier,” the celebrity mom explains. “A surrogate is when they use the husband’s sperm and the surrogate’s egg.”

Some women give their surrogates strict orders for nutrition. Kim did nothing of the sort. “I straight-up told her, ‘Look, I ate doughnuts every single day. If you want doughnuts and ice cream, go for it. Do whatever you feel. I’m not going to be picky like that. That’s just ridiculous.”

Would Kim Kardashian be open to expanding the family by one or two more in coming years? “I dunno,” she reveals. “My home and my heart feel really full right now, in the best way,” she explains. “I don’t think I could handle more than [four kids]. My time is spread really thin. And I think it’s important that in all couples, the mom gives the husband as much attention as the kids.”