"Never Seen A Glass Ceiling In My Whole Life" 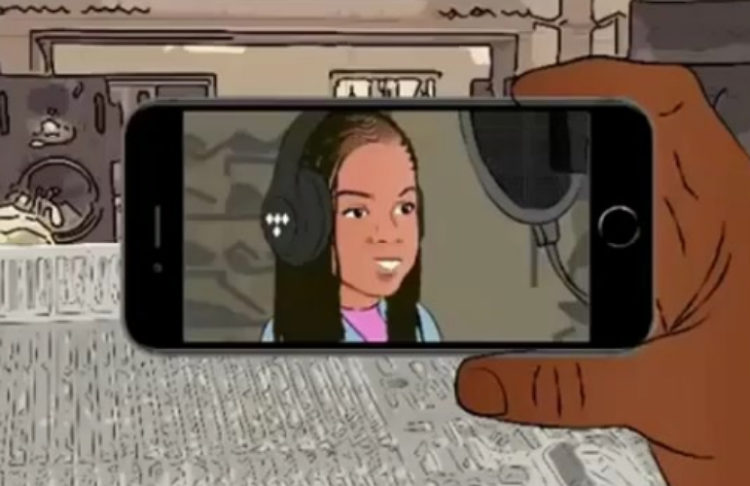 Everything, everything! Blue Ivy Carter has made her mark in the music industry. The youngster’s father, Jay-Z, recently got animated for a podcast interview in which he discussed his daughter’s inherent creativity that came forth on his 4:44 album.

“I’d just finished ‘Family Feud,’ and then I was like, ‘Man, I think I can take that song up a notch,'” Jay-Z said during the initial discussion. “So I started playing the beat,” he explained. “And I was playing it so long and then I just started doing something, and [Blue] went and she got the headphones, and she climbed on the little stool. And then she just started like rapping.” The proud father told his interviewers that his daughter went on for five minutes and hit all of the right “pockets” for a smash-hit single.

The animated version of Jay-Z’s interview is especially significant since the rapper brought to life what he was saying during the initial discussion. Fans get to see a characterized version of Jay in the studio and an animated Blue join him at work. The look of shock that the created character gives in the footage is probably a perfect illustration of how Jay-Z reacted to his daughter’s natural talent.

Jay-Z gave us an animated version of the music video for Blue’s single. Are the celebrity father and his daughter trailblazing a new path for artists everywhere with this new illustrative format? Maybe so. In any case, be on the lookout for what Blue Ivy Carter does next!