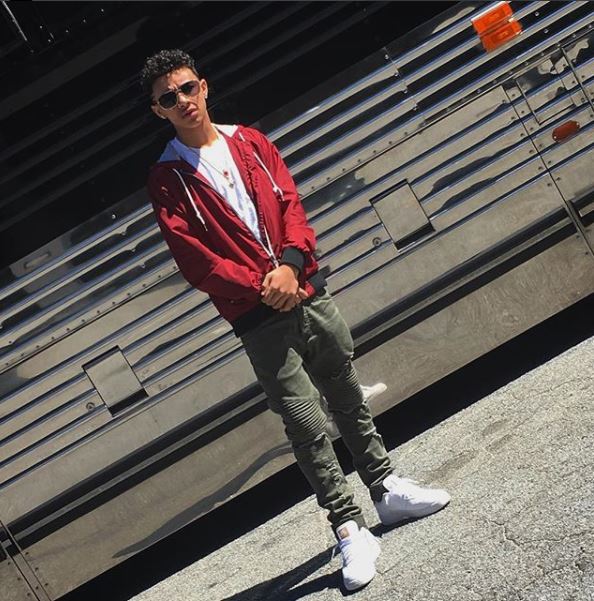 The hit show from Golden Globe winner and Grammy nominee Queen Latifah and Grammy winner Jermaine Dupri is taking over Lifetime TV with an abundance of talented young people. Now with season 4 well underway, contestants are all eagerly vying for the top prize—a recording contract with Dupri’s label, So So Def Records.

The crew is back tonight on an all-new #TheRapGame at 10/9c. Who do you think @jermainedupri will put at the top of the Hit List? ?

One young contestant, Jordan “Air” Young, is proving that he definitely has what it takes to be a serious competitor on this new season. Born in Tulsa, OK, Young is definitely becoming a recognizable up-and-coming face in the rap game.

This talented young artist took out a few minutes from his busy schedule for a one-on-one exclusive interview with Action Magazine. Check-out a snippet of what the Young had to say about music, career, bullying and more.

What are five things that you can’t live without?

I’d have to say I can’t live without God, Family, Music, ones that inspire/inspired me, and love. What’s is your life’s motto or advice that you live by? Everybody has the same 24 hours, stop complaining and execute. No matter how hard things get, never quit & keep pushing and striving for greatness.

Who is your favorite musician/music genre?

I’d have to say The Rap Game is my favorite t.v. show, and it would be way to hard to choose a movie! But if I had to choose I’d say Hitch, Training Day, and Titanic.

What is something unique about you that nobody knows?

I grew up with a heart condition called “WPW” it is an extra electrical pathway to the heart that causes an irregular heart beat, I struggled as a kid with this. From daily activities to quitting my favorite sports because of it.

What do you like best about being an artist?

I love being able to have a voice and to convince others they also have a voice. I want to bring soul and love back to the game. But most of all being able to change a life with music. It’s an indescribable feeling, a feeling that gives me purpose.

The Rap Game helped Lifetime TV to rank as the number one cable network in its Friday night time slot among women 18-49 and 25-54. The show is produced by Intuitive Entertainment and also features well-known rappers and producers such as Da Brat and Jermaine Dupri, who serve as mentors for the rising stars. Tune into The Rap Game on Friday night at 10 EST.