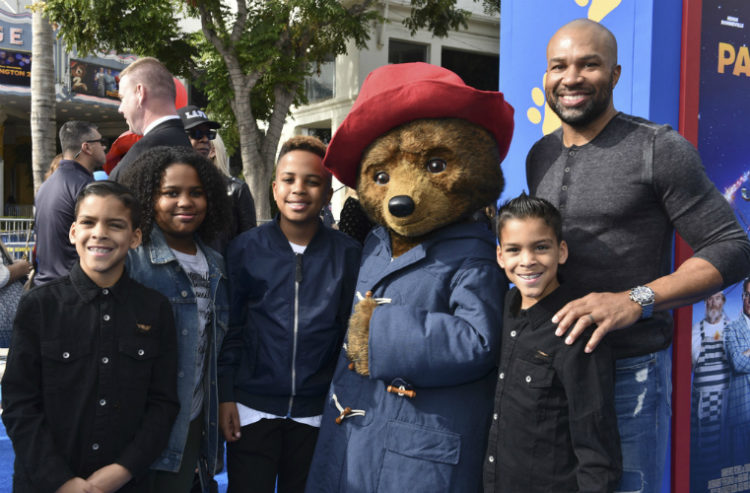 Derek Fisher and Gloria Govan joined other celebrities at the premiere of Paddington 2 in Los Angeles this past weekend. The main event was held at Regency Village Theatre in Westwood where photographers took pictures of all of the celebrity families in attendance at the premiere.

Derek was all smiles while standing beside his girlfriend and their kids. The former NBA player even got a shot in with Paddington himself, who has become quite the celebrity these past few months. Fans celebrated the return of the beloved bear to the big screen with great anticipation of his return on January 16, 2018, and for good reason. 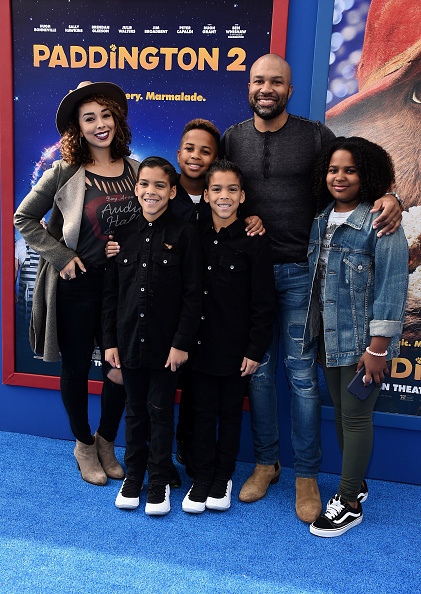 Paddington 2 is all about settling in and being forced to defend one’s honor. In the film, Paddington is getting used to his life in London when he decides to send his aunt a gift. The present that the loveable bear decides on, however, is a hot commodity that thieves get their hands on before Paddington can garner up enough change to pay for it. Unfortunately for the working bear, though, the masses believe that Paddington is the culprit in the great robbery. How will he ever prove himself innocent of such crime and get the present to his aunt? The answer to that question, of course, is in the film.

Catch the trailer of Paddington 2 below, and watch the movie in theaters next Friday!

KARYN PARSONS IS IMPACTING CHILDREN'S PUBLISHING WITH HER NONPROFIT

KARYN PARSONS IS IMPACTING CHILDREN'S PUBLISHING WITH HER NONPROFIT