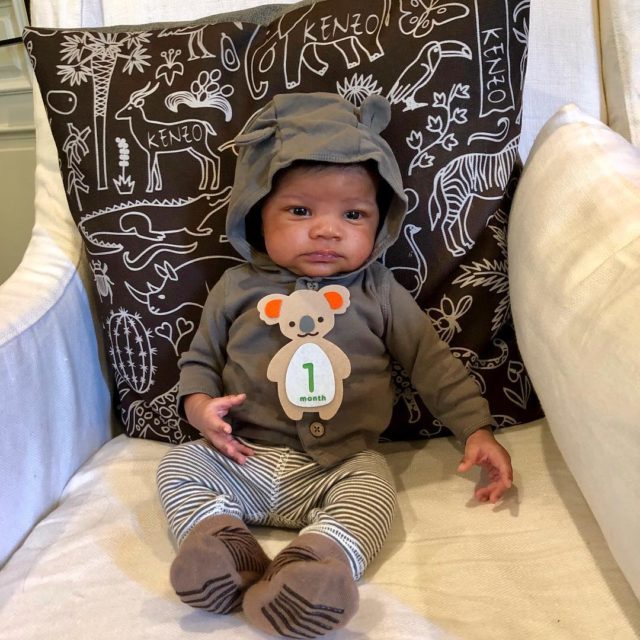 Kenzo Hart is already a month old! Where did the time go?

My little man is a Month old today….Love you to pieces baby Zo. #Harts #MeAndMyYoungestMiniMe #FatherOfThree #Blessed …. @enikonhart with the photo cred

Kevin recently revealed that he initially was not excited about the idea of having another child.

“I told my wife, I said, ‘Babe, I got the best of both worlds. I did it. We married, so technically, those babies are your babies,'” Kevin said during a recent appearance on Saturday Night Live. Eniko Hart responded to her husband’s explanation for not wanting more kids by saying, “‘I know, but they old. I want new ones.'”

Well, Kenzo is as new as they come! Congrats again to the couple.