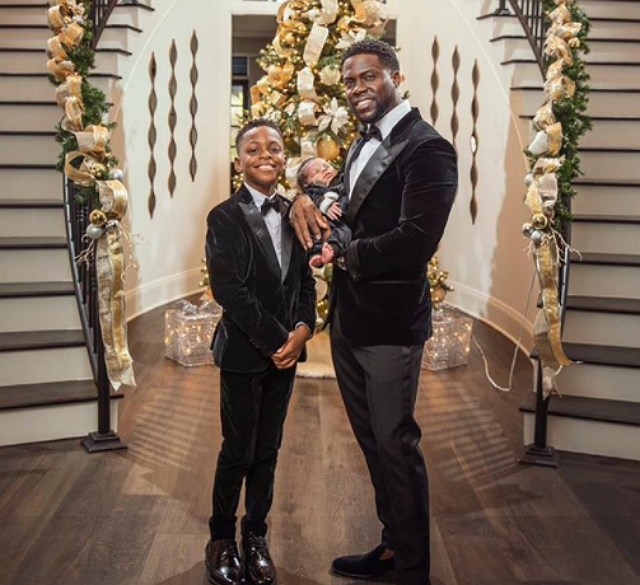 Honesty is the best policy, which is why Kevin Hart wasn’t ashamed to admit that he wasn’t ecstatic about having another child when the idea was first presented by his wife.

“I told my wife, I said, ‘Babe, I got the best of both worlds. I did it. We married, so technically, those babies are your babies,'” Kevin said during a recent appearance on Saturday Night Live. Eniko Hart responded to her husband’s explanation for not wanting more kids by saying, “‘I know, but they old. I want new ones.'”

Happy Holidays from the “Hart’s”…..it’s beginning to feel a lot like Christmas…. #LiveLoveLaugh #Harts #DopePic

It wasn’t that Kevin was trying to be selfish in his desires to maintain his party of four. The comedian actually had a valid reason for not wanting another little one.

The celebrity father got over his fears rather quickly and moved to try for another child. Kevin has been the doting father of three ever since baby Kenzo made his entry last month. Stay tuned for more celebrity father news!