4 TIMES CHANCE THE RAPPER SHOWED US THE MEANING OF CHARITY 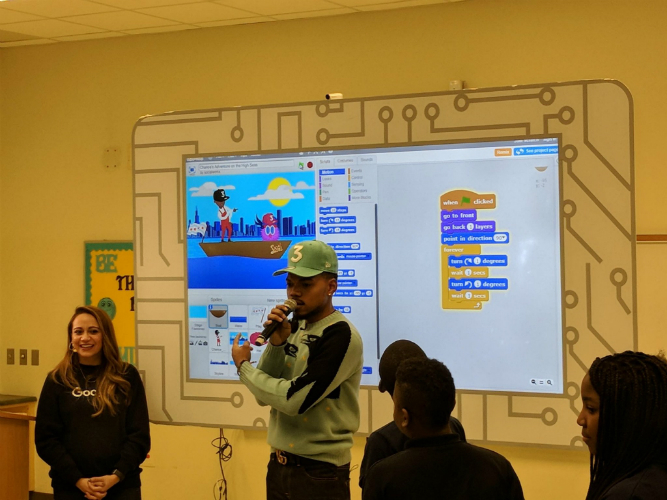 Like him, love him, despise him, or feel indifferent about him, the fact still remains: Chance the Rapper is making serious waves in charity and changing the way that the Hip-Hop industry is perceived. Here are four times the celebrity father showed us the true meaning of giving back and advocating for the underprivileged.

It’s one thing to go to the store and buy dozens of shoes for the needy. It’s quite another thing to give kids pairs of sneakers that aren’t even on the market yet. Chance worked in partnership with his charity organization to do the latter earlier this week. The rapper’s nonprofit gave gifted dozens of OpenMike attendees with Retro 11 Jordan’s ($220), which are scheduled to make their public debut on Saturday. “I have never had a pair of Jordans before,” one attendee shared online after the festivities convened. “I’m so thankful…. this is great.”

Thank you ?? @chancetherapper @Jumpman23 @SocialWorks_Chi and everyone else who had a part. I have never had a pair of Jordans before and I’m so thankful…. this is great pic.twitter.com/fikHYMXquG

2. He co-created the Warmest Winter campaign in 2015

The charitable move came after Chance became concerned with the multitudes of people who went without adequate clothing for extremely cold winter weather. Chance and his fellow givers had the goal of raising $100,000 to buy 1,000 EMPWR coats for Chicago’s homeless. They raised well over $117,000 for the effort.

What hasn’t Chance done for the public school system of his hometown? The rapper has done everything from hosting OpenMike nights to empower the youth to giving upwards of $10,000 on several occasions to administrators. Chance even went on a summer camp field trip with 50 of the system’s elementary school students in hopes of giving the kids “the opportunity to learn through music and showcase that knowledge at the end of the summer.”

Chance and his father started the #SaveChicago initiative in 2014 in hopes of thwarting what is normally a violent time during Memorial Day weekend. The rapper and his father’s efforts were not in vain as the city saw 42 hours without one shooting.

when i was in LA My pops asked me to help with a project. He was tryin to get Community Org's in CHI to prevent every murder on Memorial Day

Kudos to you, Chance the Rapper! This celebrity father is showing us all how to give back.

WE ARE LOVING THESE NEW PHOTOS FROM THE 'BLACK-ISH' KIDS