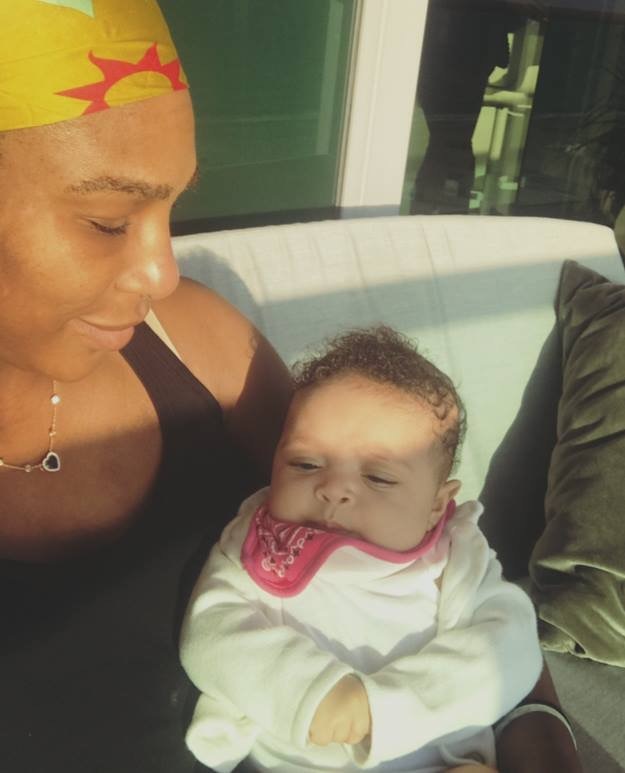 Nursing is an absolute joy for Serena Williams and she wants to know if any fellow moms can relate to her love for parenting. The celebrity mom took to Twitter on Wednesday to pose questions about breastfeeding that she hoped would be answered by mothers with experience.

“Fellow moms: How long did you breastfeed,” Serena asked. The tennis star went on to explain the motivation behind her question. “Is it weird that I get emotional when I even just think about when it’s time to stop,” Williams tweeted.

I’m thinking she’s going back to work and and may need those breast to shrink.. she already had a lot and now they are even fuller.. may present some problems for her physically

Several moms came to Serena’s rescue by sharing their experiences with nursing. “3.5 years (and I did it on the down low for another 1.5 years),” one fan replied. “My son didn’t want to stop,” she added. “He’s my only and I wouldn’t do anything differently.”

That’s an urban myth. Once established, breastfeeding works on supply and demand. No enlargement so no shrinking. There’s no such thing as “full of milk” at that point.

Another follower agreed writing, “Why not be led by your baby? Letting them take the lead means you’ll always know that it ended at the right time for them.” We agree.

The debate about how long is too long when it comes to breastfeeding continues to be an ongoing and heated argument. Some believe that a mother should stop nursing her child after a few months. Others, however, take on the perspective of the majority who think that the baby knows when it’s time to stop breastfeeding.

Daddy knows how much I love leopard print.

Alexis Olympia is Serena Williams and husband Alexis Ohanian’s first child. BCK Asks: What do you think about the great nursing debate?

4 TIMES CHANCE THE RAPPER SHOWED US THE MEANING OF CHARITY