Home » YOUNG STARS » Big Kids » JADEN SMITH IS MAKING A MOVIE BASED ON HIS ALBUM, “SYRE”

JADEN SMITH IS MAKING A MOVIE BASED ON HIS ALBUM, “SYRE” 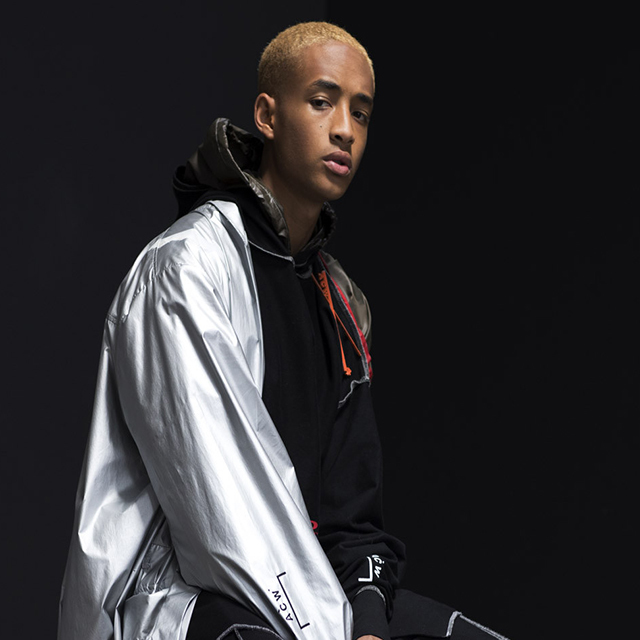 The 19-year-old son of Will and Jada Pinkett Smith has definitely made a name for himself outside of that of his famous family.

Jaden Smith is not only an accomplished model, philanthropist, activist, actor and more, his recent debut album, Syre, is proving that his is a top musician as well. However, in true Jaden fashion, he isn’t stopping there. The talented young star is about to add director to his resume of accomplishments, as he is in the process of directing a movie based on the album’s compilation, exploring the journey of childhood to adulthood.

Recently Smith spoke to Billboard Magazine about the coming of age film, he said that, “its an actual film that plays out, that has characters. There’s no rapping, really, in the whole movie. It’s just about the story of Syre. It’s really just become a legacy of this guy, this kid, who chases the sunset. And then one day, it chases him back and he can’t get away.”

Although his latest project has yet to be cast, it is rumored that Smith will take on the lead role as it is a story based on him and his journey to manhood. “It really is the story of me coming to be a young adult, and it wasn’t easy at all.”

Smith says that he would like it, “when people think of me, I want them to think of the person that is always giving back to something, or someone,” striving to pattern himself and his actions on South African billionaire Elon Musk.

It is no doubt that Smith is truly making his mark on the world, across multiple industries, giving back any way that he can. We cannot wait to see the movie that he comes up with. It will unquestionably be a uniquely inspirational project by Jaden Smith.