Home » NEWS » JOURDAN DUNN: ‘HAVING MY SON WAS THE BEST DECISION I MADE’

JOURDAN DUNN: ‘HAVING MY SON WAS THE BEST DECISION I MADE’ 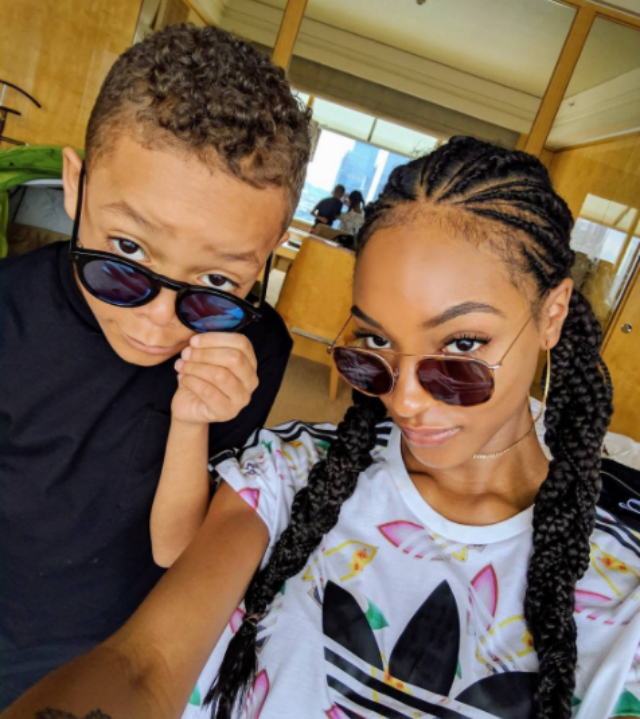 Jourdan Dunn has no regrets when it comes to becoming a parent early in life. The fashion model tells media about her expectancy experience.

“I found out I was pregnant at the worst time: on a family holiday. I was 18,” Dunn explains. “I did the pregnancy test just as I was about to board the flight, and I was going to be staying with my family for 10 days, with them hovering around me. There were a lot of moments with me by myself, on the balcony, reflecting. It took a couple of days to get my head straight.”

After regaining focus, Jourdan embraced her pregnancy and prepared for her son Riley’s birth. “Having my son was the best decision I made,” she shares. “Initially, I worried what other people were going to think and say,” Jourdan admitted.

“Automatically, I said to myself: I can’t have this baby. And then it wasn’t until I stopped worrying about other people and started to think about what I actually wanted that I realised: ‘Yeah, I’m going to do this.’ When my seven-year-old corrects me now on things, I think: ‘Oh, wow, I did a great job.'” Indeed.

Dunn has a lot of fun at home with her son but wishes that there were more opportunities in her line of work. “I wish there was more diversity in fashion and it wasn’t such a thing to see a black girl on the cover of a magazine,” she says. “I want it to get to a stage where it’s just the norm and we don’t have to celebrate it. I want us to stop using ‘the race’ and just see a beautiful woman on the cover.”

Riley is Jourdan Dunn’s only child. He celebrates his eighth birthday in December.

TYRESE IS AT IT AGAIN: RESPONDS TO CRITICS OF HIS LAST VIDEO REGARDING SHAYLA