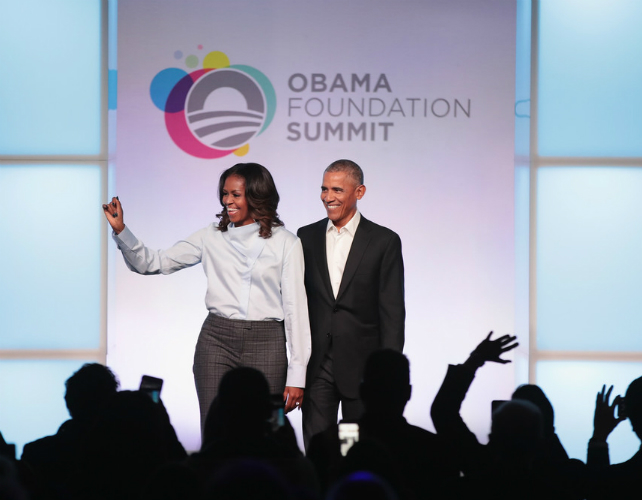 “Sometimes we treat our children too preciously because of the issues they’ve dealt with,” she told her good friend, Elizabeth Alexander, at the Obama Foundation summit in Chicago earlier this week. “Barack and I, we thought about with Malia and Sasha, OK, we could’ve spent eight years feeling sorry for them that they were living in a bubble that every misstep for them would be on YouTube, that their privacy, they didn’t have access to their father in a way,” she explained. “We could’ve felt bad for them, and there would’ve been a truth there. But our view was this is their life, and we can’t apologize for the life they have because a whole lot of it is good.”

Michelle continued, “I can’t cherish you to death. We have to raise our children to be the adults that we want them to be, and that starts young. You can’t be so afraid that life will break them that you don’t prepare them for life. Sometimes our fear keeps us from pushing our kids out into the cold cruel world. And then they’re not ready and we wonder why.” Wow!

Michelle and Barack Obama helped their oldest daughter, Malia, get settled into her dormitory room at Harvard University earlier this year. The couple’s youngest child, Sasha, turned 16-years-old in June.

JOURDAN DUNN: 'HAVING MY SON WAS THE BEST DECISION I MADE'