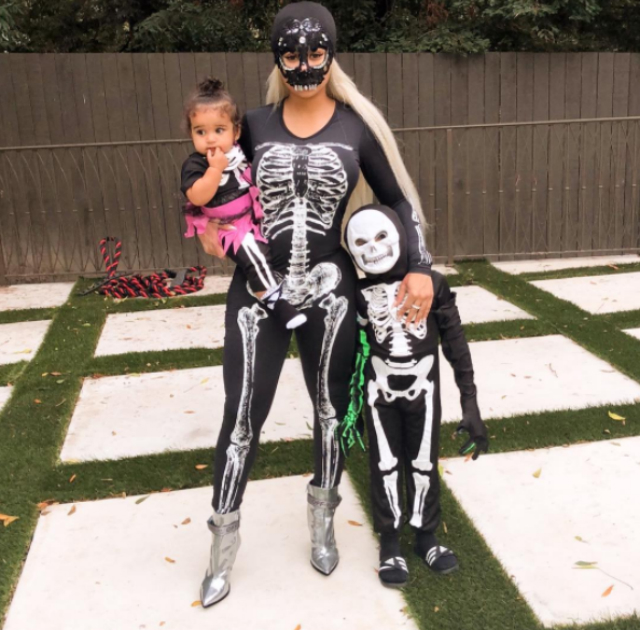 Halloween 2017 was pretty amazing for Blac Chyna. The celebrity mom and her kids dressed in similar costumes and took a few pictures for their adoring Instagram fans to enjoy.

One photo was of Chyna standing beside her son, King Cairo, while holding her daughter, Dream, in her arms. The celebrity mom was wearing a skeleton costume that matched her kids’ attire in the candid and rocked a face mask just like her son. “So cute,” one social media fan said. Dozens of other followers agreed.

It seems that Dream wore several costumes this year. One was, of course, in fashion sync with her mom and brother, while the other attire honored Raggedy Ann. No one could deny the cuteness that was Dream dressed as the fictitious character while looking up for an adorable photo. “She looks just like her daddy,” one follower said. We agree!

Dream also takes after her grandfather, the late Robert Kardashian Sr. The little one’s father, Rob Kardashian, pointed out the physical similarities shortly after his daughter’s birth last year. “She’s an exact copy,” Rob told his social media followers. “Pops sent us an angel.” The celebrity father also posted a side-by-side picture of newborn Dream and his dad that proved his point.

SHAMARI AND RONNIE DEVOE INTRODUCE INSTAGRAM TO THEIR TWINS