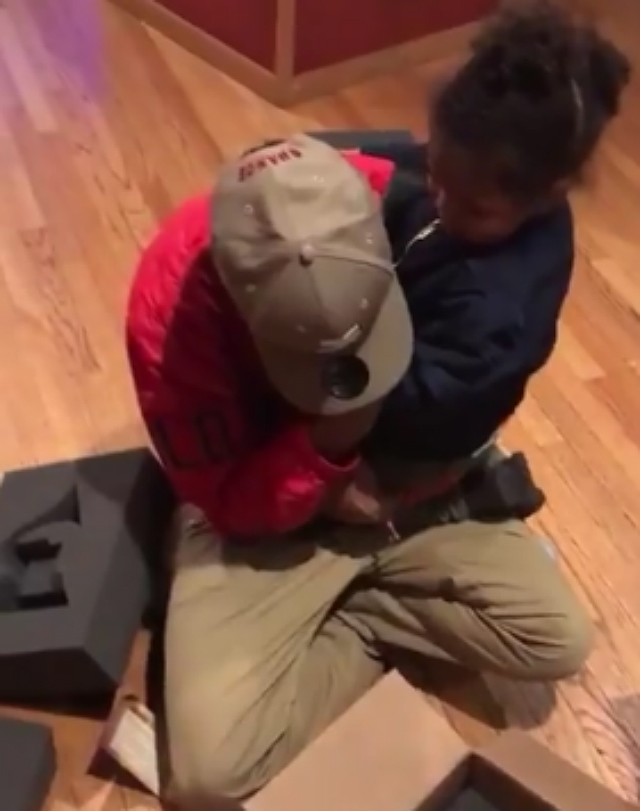 Chance the Rapper is thankful for the many blessings that came his way this year. The recording artist shared video clips from his unpacking the GRAMMY awards that he received several months back.

Emotions ran high as Kensli helped her dad take the awards out of their boxes and set them up in the house. “I got my Grammys in the mail,” Chance the Rapper told his Twitter fans. “Thank you, everyone, who made this music with me, especially this girl right here.”

The recording artist shared another clip in which he broke down and cried while embracing his daughter. “Y’all don’t even wanna know the sound my throat just produced,” one subscriber said. “I hit the tears real quick.” We feel you!

Chance the Rapper gave insight into life as a GRAMMY recipient during his interview with Complex earlier this year. “There was definitely that whole dust settling feel,” Chance told the editorial. “When you win a Grammy, you don’t get to take it home,” he added.

“When you go onstage, those Grammys have no name on them,” the rapper explained. “There’s no imprint on it or anything. And you literally only get to walk with it from the stage to backstage, and then there’s a short guy who takes it from you.”

GRAMMY officials took Chance’s awards to personalize them, and now the recording artist gets to enjoy them with his family. Stay tuned for more Chance the Rapper celebrity dad news!