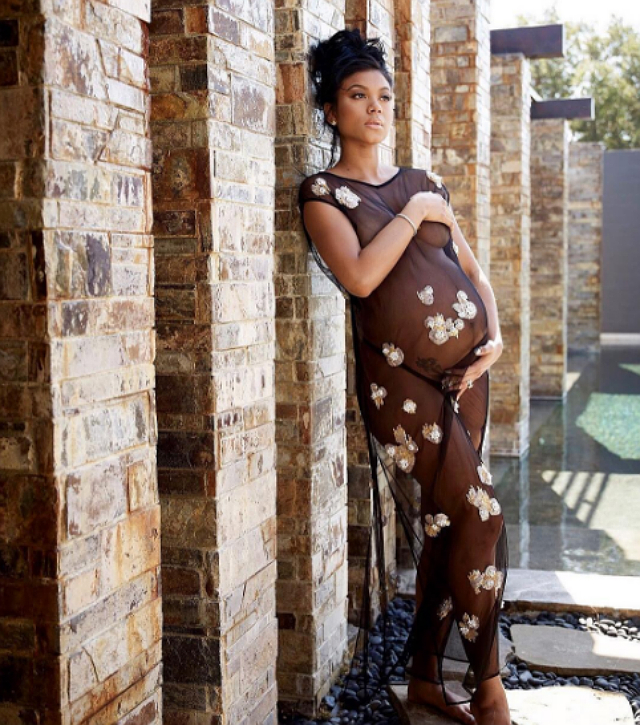 Eniko Hart is coming into the final stretch of expectancy. The model recently shared pictures from her latest pregnancy photo shoot that gave fans a beautiful update.

One photo was of Eniko cradling her bump while leaning against a wall. The mom-to-be gazed out as her photographer captured the shot or her protruding stomach. “Absolutely stunning, luv,” one of Mrs. Hart’s Instagram fans exclaimed. Another follower wrote, “Wish I could look as good as this right now. Why does pregnancy not agree with me? She looks amazing.” Indeed, she does.

Eniko and her husband, Kevin Hart, are anxiously awaiting the arrival of their son, Kenzo. The couple held a baby shower in honor of their little one several weeks back that was rumored to cost upwards of $117,000. Kevin did not affirm the party’s total cost but he did share pictures from the event that showed how he and Eniko went all out to make sure that the Safari-themed bash was an incredible success.

Mrs. Hart told fans earlier this week that she is rounding out her thirty-sixth week of expectancy. “My mom wanted a pic of the bump this morning so I gave it to her,” she captioned underneath a photo of her posing while standing between the family’s dogs and a portrait of Eddie Murphy. “I look exactly like my bitmoji rt now,” she mused. “We’re still baking over here. #36weeksandcounting.”

Eniko and Kevin Hart are expecting their first child to arrive just in time for Thanksgiving. Their son, Kenzo, will join Kevin’s kids, Heaven and Hendrix, at home.