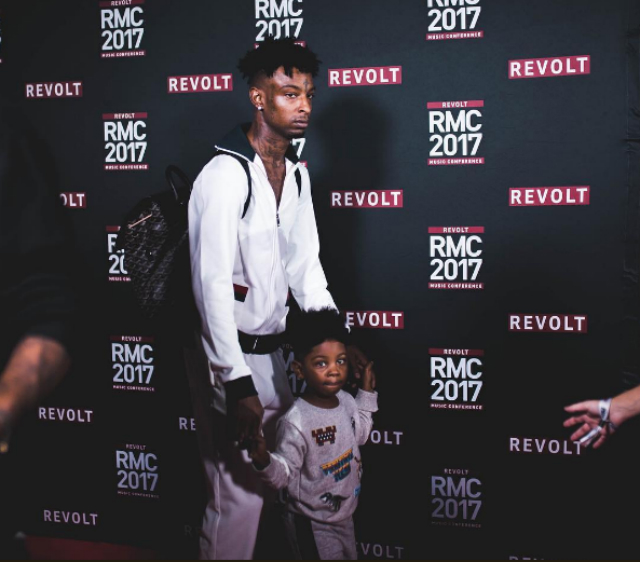 Revolt TV is taking over! Several artists have been hanging out with Diddy and his son at this year’s Revolt TV Music Conference in Miami, Florida.

“We here,” Diddy shared online along with a picture of his son, Christian. “Like father, like son,” one fan said. “Twins,” wrote another follower. Christian took the stage alongside other artists during the conference.

21 Savage was in attendance as well. The young artist is anything but the stereotypical rapper. In fact, 21 Savage takes on problems that often plague urban communities in his music video for ‘Nothin New’.

Realness is important to Diddy who is also known for being honest. It was just a few months ago that the HIp Hop mogul shared the key to success during an interview with ABC News.

“They have to get on those computers instead of just going to Instagram and Snapchat, they need to do research about what fields that they want to be in,” Diddy said of the up-and-coming generation. “That’s why I want to make sure that I could do anything I can to provide the infrastructure to make sure that people get educated,” he added. “You can’t rise in this game if you don’t have the education.”