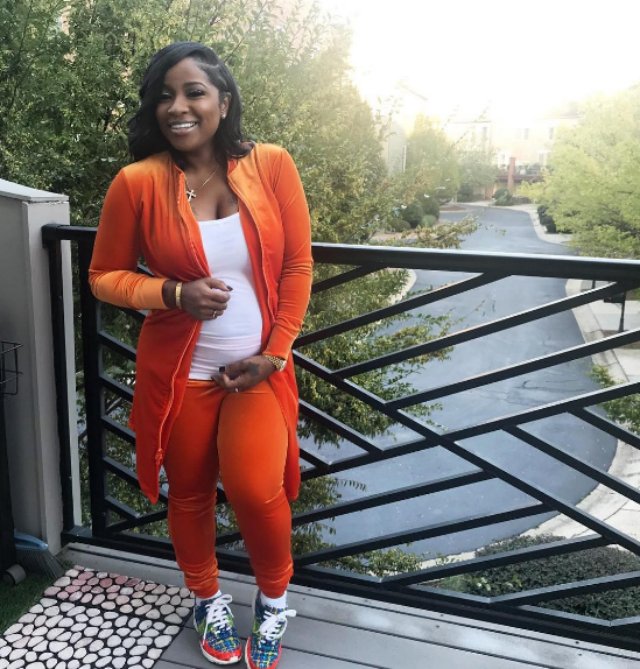 Toya Wright had a gender reveal party that was extremely low maintenance and low-key. The expectant star and her daughter, Reginae Carter, shared one shot each from the bash earlier this week.

Bumpin’ around on this beautiful Tuesday.??? loving my natural hair these days. Makeup: @ashleygreenmua #workflow

Make no mistake. Even though Toya kept the event from her public, the author’s gender reveal party was anything but a small event. Tiny Harris, Kandi Burruss, and Rasheeda were three of many local celebrities in attendance at the bash. Toya shared a picture of her daughter looking upwards at the event. “Her reaction,” Toya hashtagged. “Priceless.” We’re guessing that Reginae and others in attendance were photographed while being taken by surprise by the big reveal.

Toya is in full celebration mode for more reasons than one. For one, October is the celebrity mom’s birthday month. Secondly, Toya is preparing for the arrival of her second child. The author announced her expectancy last week while promoting her upcoming book, You Just Don’t Get It.

Toya is definitely a working mom, which is why she becomes frustrated with those who still only see her as the mother of Lil Wayne’s child. “My biggest pet peeve is when people discredit other people,” Toya said during an interview with BET.

“Just because I’m not a singer, or I don’t act, or I’m not a rapper, doesn’t mean that I don’t work. I work just as hard,” she added. “I do a lot of different things, and when people start to make fun of me because they know me as being married to Lil Wayne … that’s how I was introduced to the world. It doesn’t mean that I’m sitting here waiting on him to provide for me.”

Fans can get a snippet into Toya’s relationship with her adult daughter when You Just Don’t Get It comes to bookstores nationwide on October 26, 2017. Stay tuned for more Toya Wright expectancy news!