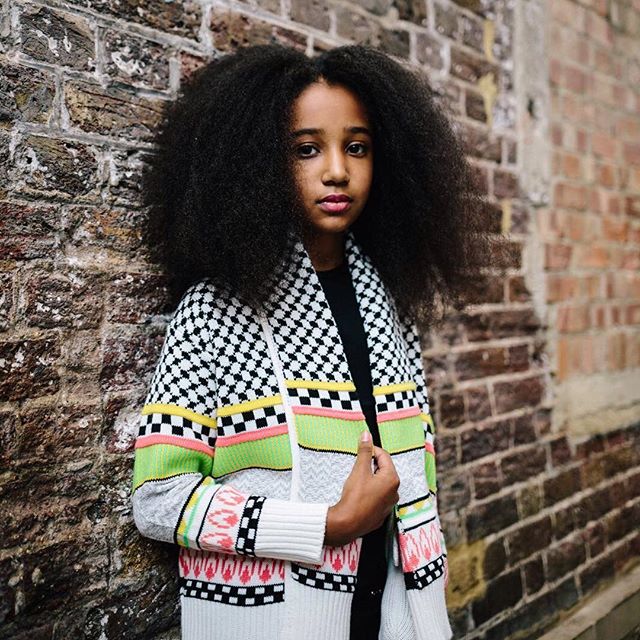 We love it! Nicole Dean, daughter of Swizz Beatz and Jahna Sebastian, is channeling her modeling spirit in her latest photo shoot for Anz Clothing. You have to see the pics to appreciate this youngster’s budding in the fashion industry.

One photo shared by Swizz Beatz showed Nicole striking a fierce pose. The youngster gave a nonchalant look that spoke of her incredible skills onset. Many fans shined a positive light on Nicole’s hair, which was in a blown-out, natural state. “Her hair,” one fan doted. “Tall and beautiful,” another follower said in reference to Nicole’s height, which is ideal for modeling.

Swizz also talked about his daughter’s beautiful hair by sharing another picture in which he told fans, “Long hair don’t care.” He also told his fans that his “baby girl [is] getting big.” Indeed, she is.

Jahna also did a few shots with her daughter. One picture showed the mother and daughter sitting with crossed legs while appearing a bit frustrated. “We just found out game of thrones final season is a 2-year wait,” the Anz Clothing caption reads on Instagram.

MIKE VICK AND WIFE CELEBRATE THE IMPENDING BIRTH OF THEIR SON

MIKE VICK AND WIFE CELEBRATE THE IMPENDING BIRTH OF THEIR SON