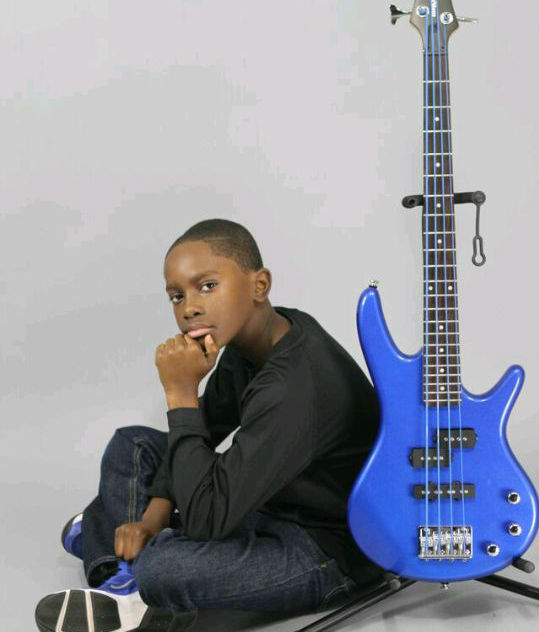 Ten-year-old Asmar “Lil Asmar” Johnson has been hailed as “the baddest kid bassist in the world.” Not out of elementary school, this musical prodigy has already played a plethora of live shows and has appeared on several television shows.

One can catch him on any given day on the Asbury Park Boardwalk and he will even play a request. His musical repertoire includes songs by artists like Ben E. King and Stevie Wonder.

Lil Asmar’s father Big Asmar is a former gangbanger who spent 16 years in jail. he continually tells his son to “be better than be.”  “I tell him I want him to be better than me. Better than what I used to be,” Big Asmar said in an interview with The NY Post.

The young talented musician is definitely on a climb up the ladder of success. He had his first paying gig-a beach side wedding-where the happy couple gave him a five-string bass guitar as a gift that had a retail value of $1000.00.

According to Big Asmar, music has always been a help to his son and has brought the pair closer. Big Asmar hopes that it is enough to keep his son out of trouble. “When you put your time into [music],” Big Asmar said, “it takes you away from a whole lot of other stuff.”

Check out Lil Asmar’s style below and visit his website to learn more about this talented young rising star. He is definitely one musician to watch.