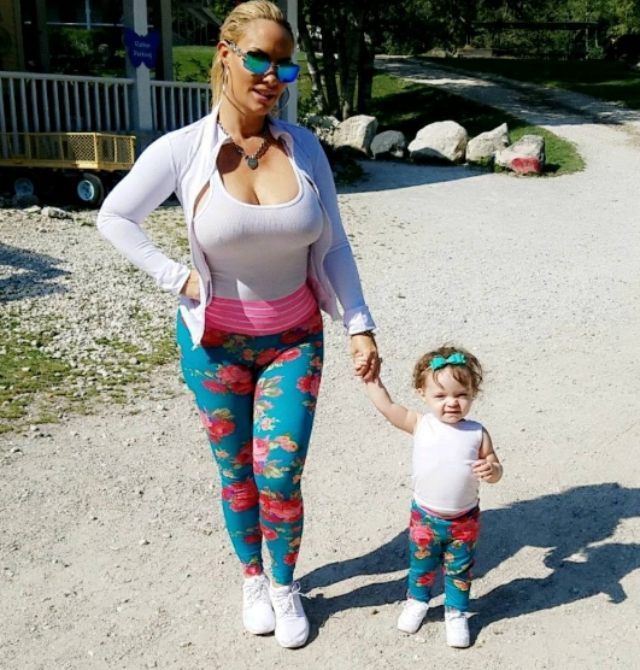 Wouldn’t this be sweet? Ice T tells media that his daughter, Chanel Nicole, may make an appearance on Law & Order: Special Victims Unit one day. How awesome would that be?

“I don’t know,” the celebrity father says. He goes on to tell media that his wife, Coco Austin, is a “default” when it comes to extras on the show.

“They use her,” Ice explains. “They were like, ‘OK, OK. We need a girl. We need a sexy girl with some big boobs. Not too big. Like Coco-sized. Coco! Why don’t we use Coco? Ask Coco if she wants to do this part!’ So Coco gets the part. She’s the go-to when we need a girl, blonde, whatever.”

Pics from the other day on @cannonballrally ..mom and Me did the matchy match thing of course Leggings- @cutebootylounge Headband- @byrdienestdesigns

Chanel, on the other hand, is a bit more complicated. “Chanel would love to be on the show, but you know, we’ll see,” Ice T shares. “I don’t want her to be no raped kid or nothing,” he exclaims. We understand.

Playing xbox with daddy.. Bedtime routine.. Don't worry daddy, I got your back!

After all, Law & Order: Special Victims Unit is all about those “special victims” such as children who have been violated by criminals and have yet to see justice. The show often features kids from the scope of sexual assault. There are, however, a few cases of a lost child whose parents were assaulted. Perhaps, Chanel could serve as one of those kids.

“It’s just not essential,” Ice T says of his little one appearing on the show. Chanel’s public, however, would love to see it!