Home » NEWS » IMAN SHUMPERT GETS CANDID ABOUT JUNIE’S LABOR AND DELIVERY: ‘I DIDN’T DO SH*T’

IMAN SHUMPERT GETS CANDID ABOUT JUNIE’S LABOR AND DELIVERY: ‘I DIDN’T DO SH*T’ 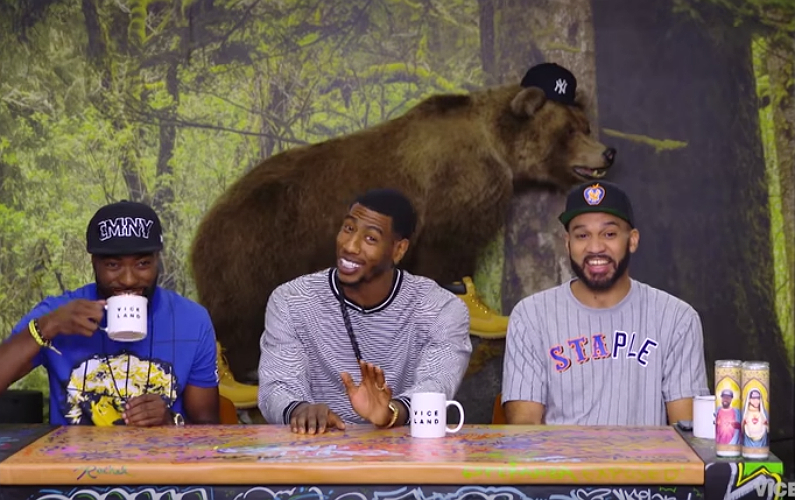 The celebrity father goes on to tell media, “[Junie] started crowning. [Teyana] was in the bathroom laying on the floor. So I grabbed her stuff, and I was going to throw it in the car and then pick her up. But then she was like, ‘No, I ain’t gon’ make it. You gotta pick me up now.’ I’m like, ‘Cool.’ So I come in there and I got the bag on my shoulder and I’m like, ‘Alright, you ready?’ And she’s like, ‘I don’t think I’m going to make it.’ So I go to put the [bag] down, [and] I take my shirt off [because] I don’t want to get no blood [on it]. I was like, ‘Then we just gotta do it.'”

Iman certainly did “just do it” as he got into position and instructed his wife on how to breathe and push for their daughter’s delivery. “She pushed the first time, Junie’s head slid out, and Junie was just looking around. Didn’t cry or nothing,” the star father says. “We did a couple more breaths and Teyana pushed the second time and Junie just slid out and fell in my arms.”

Little Junie has been nothing short of a joy since falling into her father’s arms on that blessed day. Iman and Teyana Shumpert’s daughter has made her mark in public and with family friends. One of little Iman’s recent video clips showed her taking her first steps to the utter shock of mom. What else does Junie Bug have up her sleeve? We’ll just have to wait and see!