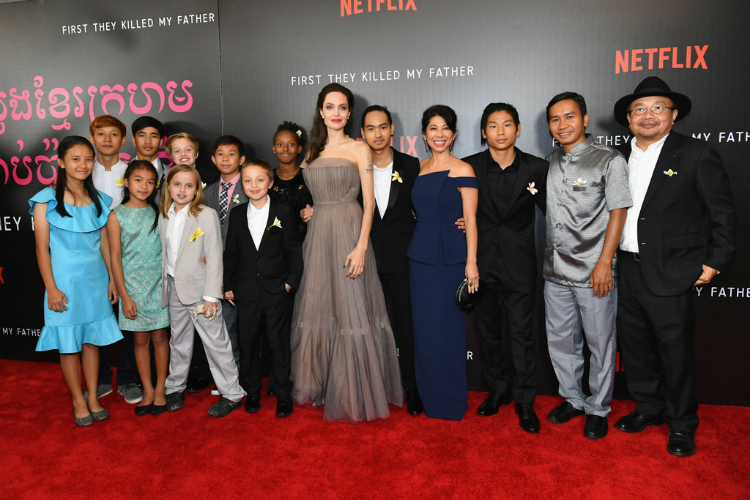 Angelina Jolie and the kids were dressed for a formal affair earlier this week. The actress and her six children donned the red carpet at the New York premiere of First They Killed My Father on Wednesday, and everyone took notice.

Jolie wore a beautiful gown that flowed to the ground while the kids wore suits, ties, and dresses. All of Angie and the kids’ formal attire was simple, yet elegant, which made photographers take even more notice of the party of seven on the red carpet. 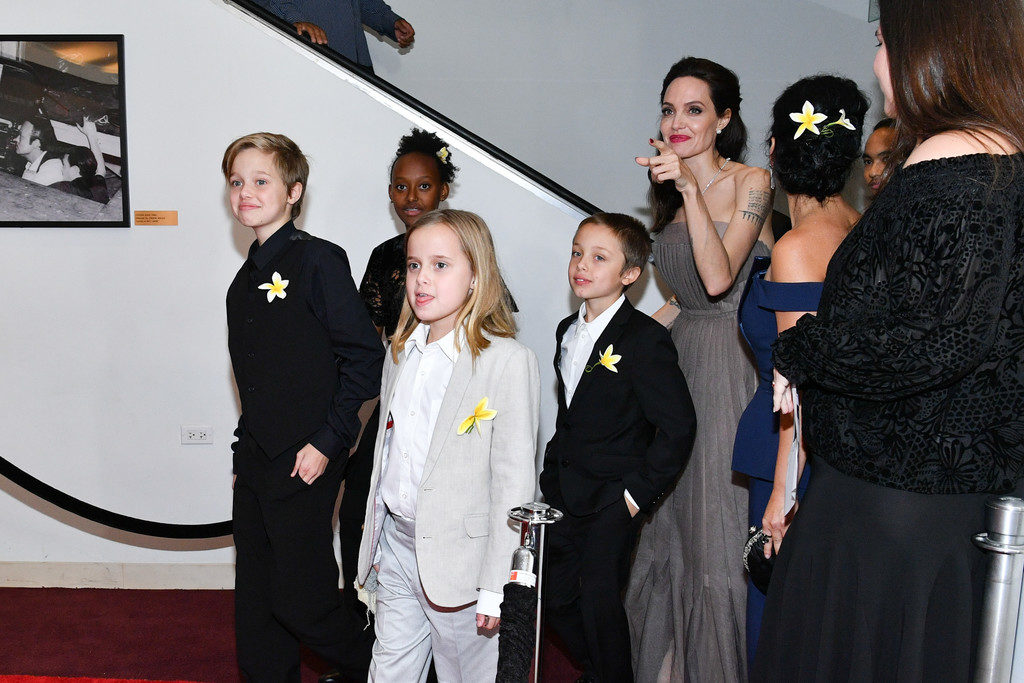 First They Killed My Father is Angelina Jolie’s third time directing a film. The actress’ previous films, In The Land of Blood and Honey (2011) and Unbroken (2014), received mixed reviews as some critics loved what Jolie did while others disliked several key points to the stories’ portrayal on the big screen. First They Killed My Father, however, is getting two thumbs up across the board.

“It wasn’t a conscious plan of, I was going to make war films, it’s just what I was drawn to,” Jolie says of her directing career. “Once you get exposed to what’s really happening in the world, and other people’s realities, you just can’t ever not know, and you can’t ever wake up and pretend it’s not happening,” she adds. “Your entire life shifts.”

Jolie’s personal life shifted last year when she and now-estranged husband Brad Pitt moved for separation after two years of marriage and several years of courtship. “None of it’s easy,” the actress-turned-director reveals. “It’s very, very difficult, a very painful situation, and I just want my family healthy.” Despite the challenges of separation, Angelina tells media that her kids are “getting better” as time passes.

Maddox helped his mom with the production of her latest film. First They Killed My Father is set to make its public debut on Netflix and in select theaters next Friday. Check out the movie’s latest featurette below!