SPOTTED: KIMORA LEE SIMMONS SPENDS THE DAY WITH HER HUSBAND AND SON 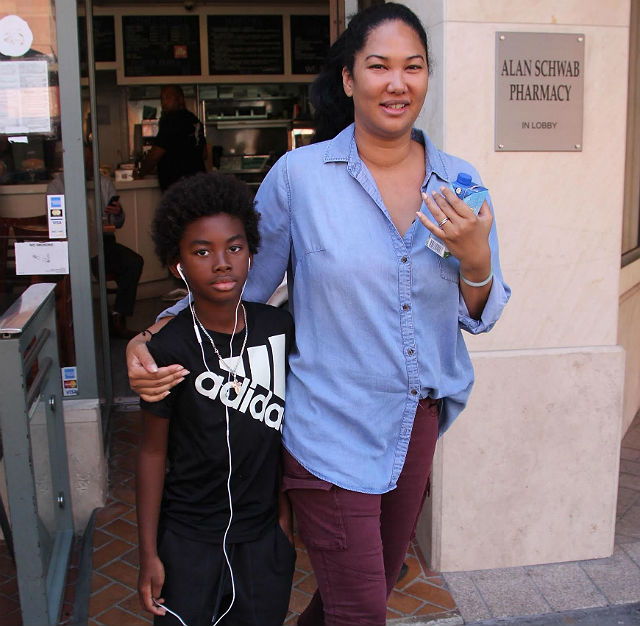 It was a day reserved for Kenzo Hounsou. Kimora Lee Simmons and husband Tim Leissner were spotted out and about with the youngster earlier this week.

Kenzo spent time in Beverly Hills with his mom and stepdad. It was all about Adidas in the fashion department as Kenzo wore a shirt that bore the logo, which matched his overall attire. Kimora was, of course, the fashion forward mom who embraced the casual look. The star mom was captured in several shots while placing a hand on her son’s shoulder. Some of us still can’t believe how much Kenzo has grown!

It seems that all except one of Kimora’s kids, Wolfe, are nearly grown. It was just a few weeks ago that Kimora and her daughters, Aoki and Ming, took the stage at Girl Cult Festival to share their thoughts about life.

“I used to think [female empowerment] was about just making your own money, but it goes beyond that. It’s about what you want to invest your time and passion and energy into,” Kimora told attendees. “We want you all to feel empowered, independent, strong and to have the courage to go after your dreams and pursue your goals and do what people say you can’t do.”

Kimora Lee Simmons is the proud mother of four kids. Kenzo is the celebrity mom’s son with actor Djimon Hounsou. Wolfe is Kimora and Tim Leissner’s only child together. 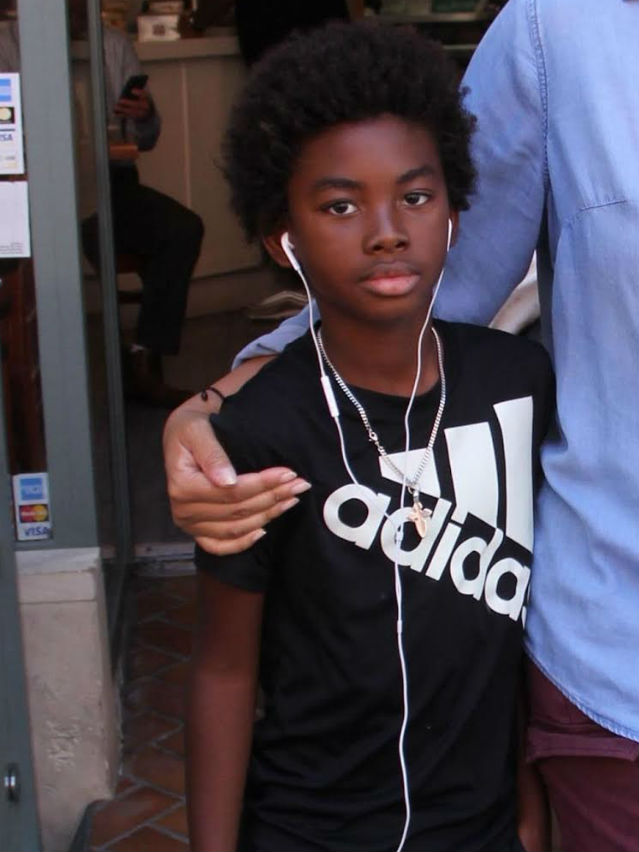 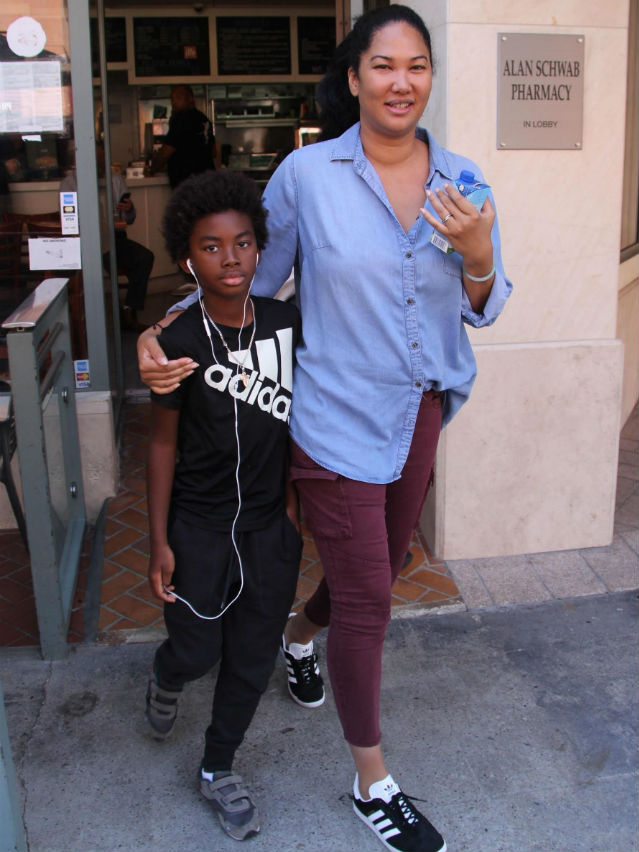