SAY IT AIN’T SO! DONSHEA HOPKINS’ CHARACTER IS KILLED OFF ‘POWER’ 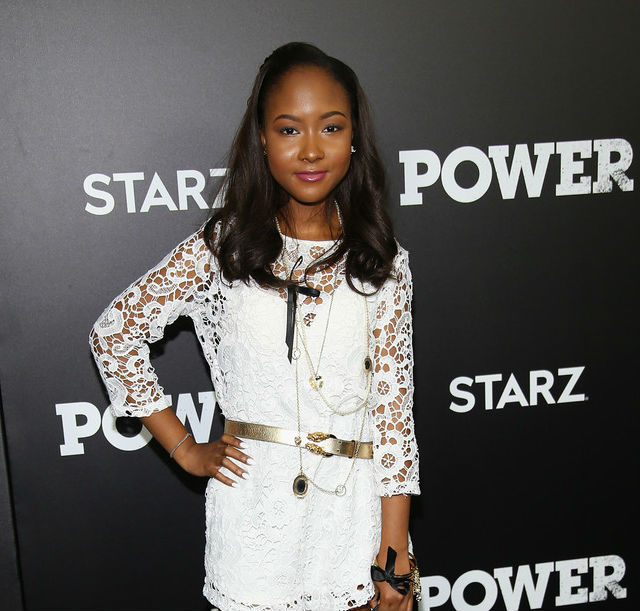 If you caught Sunday’s episode of Season 4 of Power, then you were no doubt shocked like the rest of us. We knew that someone from the St. Patrick’s family was going to die, but we never expected that person to be Raina. The show’s creator, Courtney A. Kemp, explains the unexpected exit of Donshea Hopkins’ character during an interview with Entertainment Weekly.

“It had a lot to do with the inevitable, which was that Tariq (Michael Rainey Jr.) was getting more and more over his head in dealing with a world he doesn’t understand,” Kemp explains. “What are the natural consequences of messing with gangsters? You get hurt. And in this case, Tariq has also been raised in a family where lying is how it goes — this is what they do.”

The show’s creator continues, “What we also liked is this idea that Tariq has told his sister that he doesn’t want anyone to know, so she finds out and wants to tell mom, and he begs her, ‘Please, don’t tell anyone.’ Well, she listens to him and it costs her her life. And I think that is a really kind of beautiful way to tell that story. She loves her brother, her brother loves her, but at the end of the day, Tariq is possessed with the need to individuate from his parents and it blows up in his face. Unfortunately, she’s the one who gets hurt.”

Raina will be missed by all as she was the innocence that brought balance to the St. Patrick family. Donshea Hopkins discussed her experience working onset with Omari Hardwick and other cast members of Power during a recent interview with Real Fans Real Talk.

“It’s crazy. It’s fun. It’s an amazing experience,” Hopkins said. “Omari Hardwick, shout out to him, he has different modes when he’s working. Like, if he’s Ghost, and he’s doing a lot of Ghost scenes that day, he’s Ghost. But if he’s like, James St. Patrick, he’s James St. Patrick,” she explained. “I have to ask him sometimes, ‘Who are you today? Because you’re kind of iffy.” Still, “It’s so much fun working with them.”