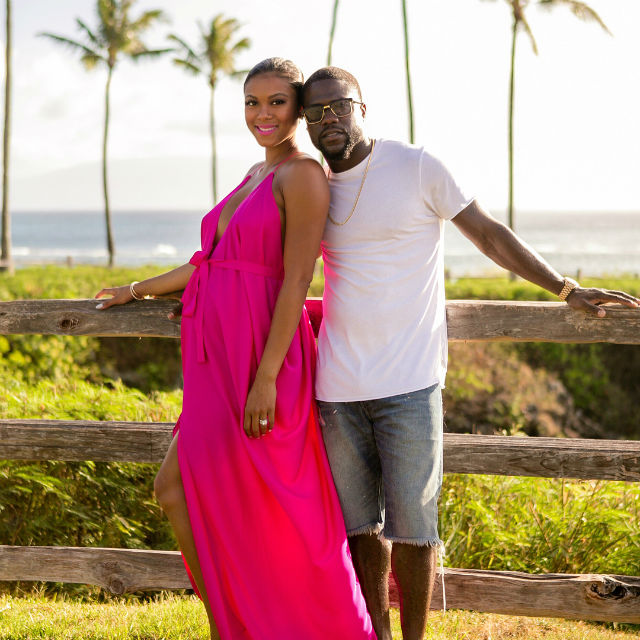 Drama ensues. It was just last week that Eniko Hart was experiencing Heaven on Earth while celebrating her and husband Kevin Hart’s one-year wedding anniversary. This week, the expectant model is being dragged through the mud as a homewrecker and her relationship with her stepchildren’s mom, Torrei Hart, may be on the line. What happened?

Well, Eniko shared a heartfelt note last week in which she expressed gratitude for being married to Kevin for one year and being in a long-term relationship with the comedian that spanned eight years. The problem is that Kevin and Torrei Hart have only been divorced for six years. It didn’t take long for critics to add up the numbers and begin the dragging session.

8.13.16 ? I'm Grateful to God everyday for putting us together. When it's real, no love/bond can ever be faked nor broken. My partner in life, My other half that makes me whole, My SOULMATE.♥ Thank you for always keeping a smile on my face.. I love you more everyday. 8 years together..1 year married..Forever to go! #HartilyYours ? Happy 1 year anniversary babe! We made it! ??

Even with supporters encouraging people to mind their own business, the scrutiny was overwhelming the extent of Eniko feeling the need to respond. “Their marriage was broken way before I came in the picture,” she explained. “They were separated, living in separate homes. I was never a secret. She knew that as well. Don’t believe the hype.”

Eniko went on to bring Torrei Hart into the picture when responding directly to one of her fans, which definitely didn’t sit well with the comedienne.

“I’m basically immune to it now,” Eniko told her supporter. “Those rumors were spread from her years ago because she wanted to play the victim and not own up to her wrongdoings as well. Singled me out as the mistress because we stuck…Knowing d*mn well there were other women during their marriage. But I never wrecked any home. That was never the case, and people ran with it. Only WE know how it really went down.”

Torrei affirmed that the facts of the matter were secretive but not before telling Eniko how she felt about the intentional jab. “Eniko, sweetheart, normally I don’t feed into this, but when you addressed me, you forced my hand to respond. We have made successful strides to become a loving co-parenting family, but you have now left it open for my character to be questioned,” the celebrity mom responded. “You, Kevin and I know the truth. I offer this simple solution to your ‘IG comments problems:’ either respond truthfully or don’t respond at all. Thank you for considering my advice.” And, full stop.

It was just a few days ago that Torrei Hart expressed her willingness to help Eniko and Kevin Hart with their newborn upon the little one’s arrival. “My kids are very excited about the new baby,” Torrei said. “If they need a babysitter one day, or if they need help, I will definitely jump in and be hands-on.”

Hopefully, Torrei, Kevin, and Eniko can work through this bump in the road so that the newest addition to the family can have a babysitter in Torrei. Stay tuned for more Kevin Hart celebrity baby news!