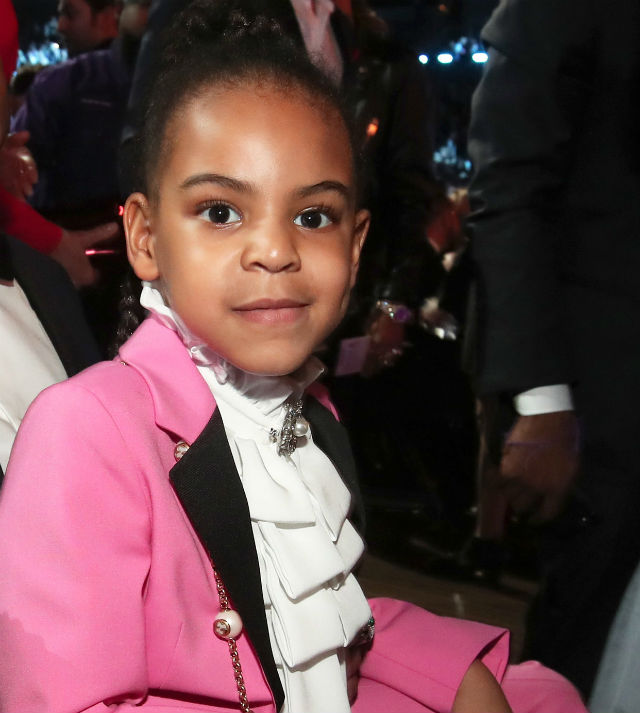 Blue Ivy Carter is one of the coolest youngsters on the Hollywood scene! The oldest daughter of Beyonce and Jay-Z showed off her dance moves while at a Parkwood Entertainment event this past weekend.

Blue was dressed in formal wear and danced while taking a picture with other attendees at the event. The little one was the youngest member of the bunch but was right on cue when it came to dancing and having fun.

Bey and Jay’s daughter has been putting in her fair share while at home as well according to a recent report. “Blue is the best big sister,” a family friend revealed. “[She] helps Beyoncé every day.”

The source went on to tell media, “Everyone is doing great. They are still enjoying the summer in Malibu. Blue is excited to be back in school soon. The babies are growing and very cute.”

“Oh, the kids are wonderful but the best thing is that you can give them back,” Tina mused to E! News. The celebrity grandma first took her happiness to Instagram where she told her fans that Rumi and Sir were nothing short of “a blessing.”

Blue Ivy Carter made Tina Lawson a grandmother for the second time. The little one celebrated her fifth birthday in January and was featured on her father’s hit album, 4:44, several months later. Stay tuned for more Blue Ivy Carter celebrity kids news!