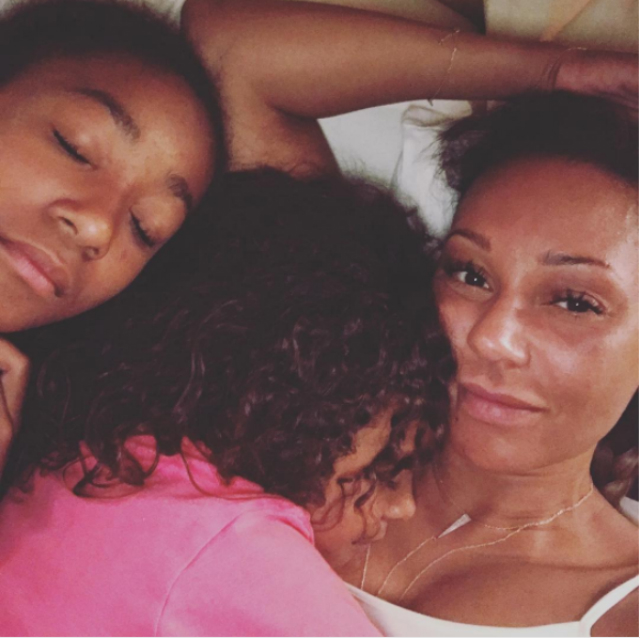 Just, wow! Eddie Murphy may be involuntarily dragged into Mel B and Stephen Belafonte’s divorce battle because of a judge’s recent ruling.

Stephen petitioned the courts for visitation right for his daughter, Madison, and Angel, who is Mel B’s child with Eddie Murphy, a few weeks back. In a shocking turn of events, a Los Angeles judge ruled that Stephen could amend his divorce paperwork and request visitation rights for his step-daughter as well as his daughter.

“We’ve got another parent, Eddie Murphy,” Mel’s lawyer, Susan Wiesner, told the judge before his ruling. “You’re putting his little girl in the middle of a media firestorm,” the attorney added. Still, even with Wiesner’s argument on the table, the judge moved to grant Stephen’s request.

Mel B barred Stephen Belafonte from seeing Angel after obtaining a restraining order in April because of her estranged husband’s alleged abuse. The celebrity mom already pays her soon-to-be ex-husband $40,000 per month in spousal support after it was proven that Stephen lacked the means to adequately support himself without her income.

“Mr. Belafonte will file paperwork that will go to the media,” Wiesner said of Stephen’s most recent victory. “All bets are off. You will open Pandora’s Box … This is going to be more of a circus,” she added.

It is important to note that Mel B and Eddie Murphy have a confidential paternity case when it comes to Angel. It will certainly be interesting to see how all of the events play out and if Eddie will be dragged into the situation.