MIKE EPPS DOES THE CYPHER CHALLENGE WITH THREE OF HIS DAUGHTERS 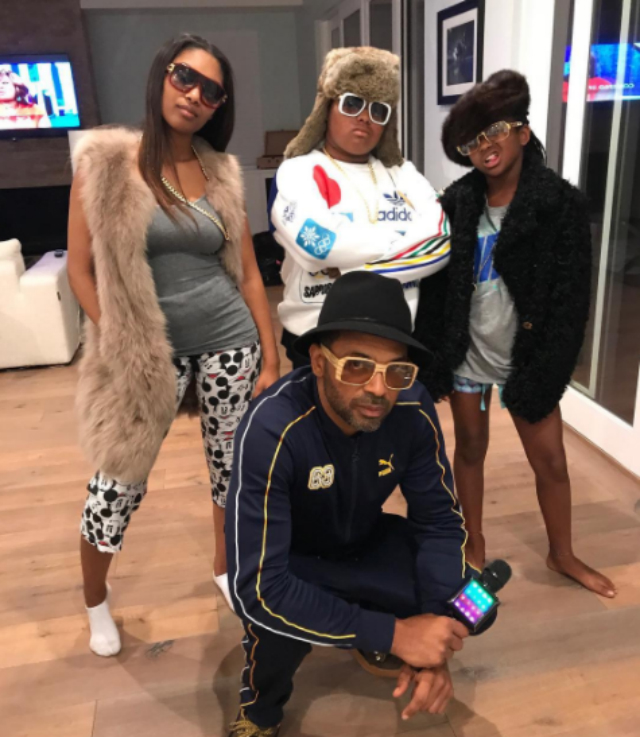 This is way too cool! Mike Epps and his daughters teamed up to complete the Cypher Challenge earlier this week.

All members of the family were definitely dressed for the part. Mike started off the session with a few rhymes and then passed the mic to his oldest daughter who kept the segment going. “Epps Cypher,” Mike exclaimed. “Love my daughters.” The celebrity father went on to tell fans, “Treacherous 3 in 2017 is a smash.”

It was just a few weeks ago that Mike Epps and his kids took a trip to Hawaii. The family vacation underneath the sun and near the ocean. Mike’s granddaughter, Skylar, was the funniest in the group as she gave her grandpa a good smack in place of the kiss that Mike thought he had coming. “I’m DONE playin with these kids,” Mike shared along with footage of the unexpected slap. “You try to be nice and look at how they act,” he mused.

I'm DONE playin with these kids! You try to be nice and look at how they act. #getyallshittogether #timetogohome #itactuallyhurt #lovemygrandbaby #hawaii

Skylar made her comedy stage debut last month. The little one absolutely nailed her role by garnering more roles than her veteran grandfather. “Promised my grand baby she could go up and do some time on stage. How TF she get more laughs than me and do u know she had the nerve to ask how much she get paid,” Mike shared after Skylar’s epic night.