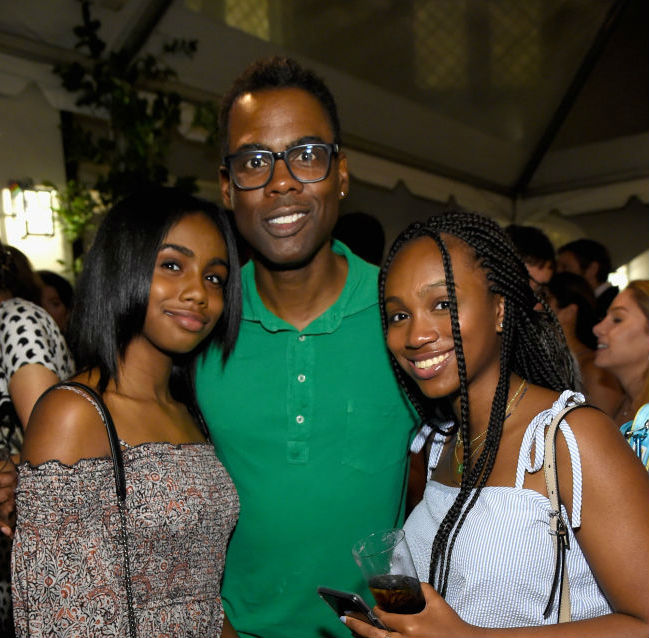 Chris Rock loves hanging with his favorite girls. The comedian was photographed while spending time with his daughters, Zahra and Lola, at the Apollo in the Hamptons 2017 event. Ronald O. Perelman hosted the gathering at The Creeks in East Hampton, New York this past weekend.

“Nothing like bored kids at sound check,” Chris shared along with a picture of his daughters behind-the-scenes at the show. Lola and Zahra managed to save face long enough for a cute “daddy-and-me” pic.

Chris Rock recently shared his perspective on parenting with Fatherly. “When I hear people talk about juggling, or the sacrifices they make for their children, I look at them like they’re crazy, because ‘sacrifice’ infers that there was something better to do than being with your children,” he explained.

MIKE EPPS DOES THE CYPHER CHALLENGE WITH THREE OF HIS DAUGHTERS