Home » NEWS » CIARA AND HER SON ARE PICTURE PERFECT 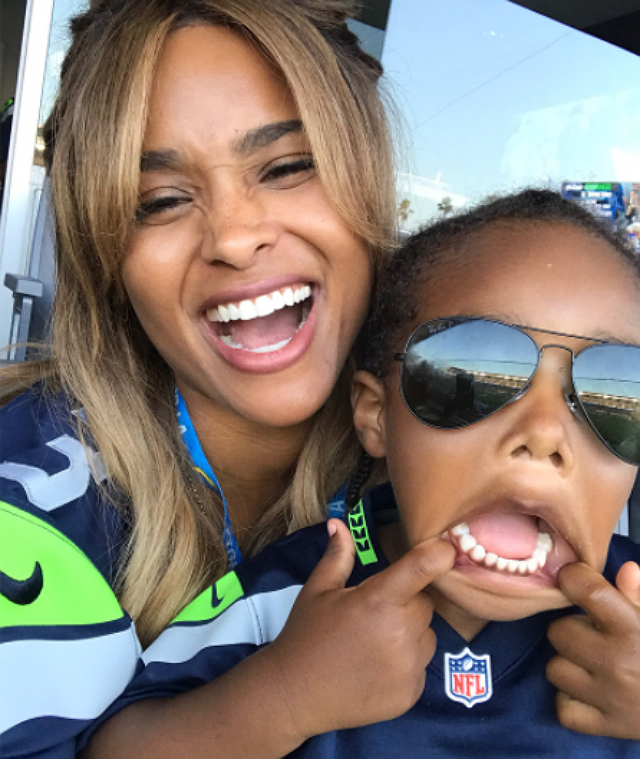 These are fun times for Ciara. The celebrity mom recently shared pictures of her and her son, Future Zahir, watching the Seattle Seahawks perform on the field.

“Oh… The Faces We Make,” Ciara captioned underneath one picture in which she and little Future were making silly faces for the camera. Another candid was of Future developing his photography skills. The youngster held up the camera in hopes of capturing a bit of the action on the field. “By Future Zahir. #GoHawks.”

Future and Ciara have been Russell Wilson’s biggest fans this pre-season. The celebrity mom and her son made several stops by training camp and wear their jerseys in support of the Seahawks.

Some suspect that Ciara has retired from the music industry since becoming a wife and mom of two kids. It’s not like the singer hasn’t put in her time if she does choose to focus on the family element of her life since Ciara has been working since she was 16-years-old.

Classic #FunTimes at the @museumoficecream!

“I signed my first label at 16 years old,” Ciara said during an interview earlier this year. “I put out my first album at 19, and I sold, not just 3 to 4, but 5 million records,” she added. “It’s been 13 years since my first album release.”