NE-YO RELEASES ‘ANOTHER LOVE SONG’ WITH KIDS BY HIS SIDE 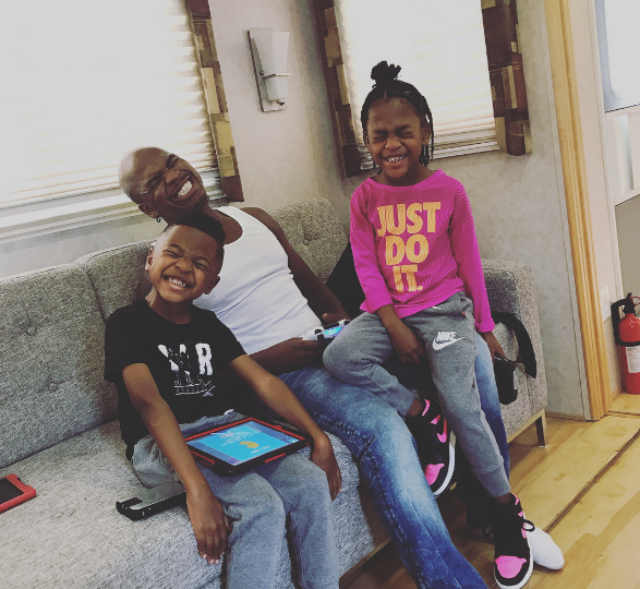 No matter what comes and goes in life, Ne-Yo always has the support of his kids. The celebrity father’s sons, Mason and Shaffer Jr., and daughter, Madilyn, were recently filmed while giving love to Ne-Yo’s new single, ‘Another Love Song.’

Mason actually got to take center stage in his dad’s music video. “Thanks so much @royalcalanta for sending me this behind the scenes footage of Mason having a complete BALL dancing in his 1st music video w/ dad,” proud mom Monyetta Shaw exclaimed. “The joy on his face is just priceless,” she wrote. Madilyn was also in the clip but moved to let all of the spotlight remain on her brother and dad.

(Swipe that way)Thanks so much @royalcalanta for sending me this behind the scenes footage of Mason having a complete BALL dancing in his 1st music video w/ dad!! It absolutely made my day! The joy on his face is just priceless!! Madilyn apparently didn't want to share the spotlight at that moment but I'm sure that she was dancing in her heart!!! ? Make sure you guys check out #AnotherLoveSong OUT NOW on @vevo It's pretty darn good!! Go get em @neyo! This song makes me want to do the EXACT same dance that Mason & Liam are doing!!❤️?OK family day at work! I'm so here for it!!! I see u @nikki_loraine & @itscrystalsmith cc: @loraine8562 ???? #MasonEvan #Liam #familyfirst #thingsthatmatter #biggerthanme #biggerthanus

Crystal Smith later shared footage of her and Ne-Yo’s son, Shaffer Jr., dancing to the beat of ‘Another Love Song’ while hanging with friends. “He’s been dancing to daddy’s #ANOTHERLOVESONG since the video shoot,” she wrote. “Gosh this kid is the great thing in my world.”

Morning vibes!!! ALWAYS ON BEAT!!!He's been dancing to daddy's #ANOTHERLOVESONG since the video shoot!!! Gosh this kid is the great thing in my world ??❤️ #SirSmiley #DanceMachine #DaddysBoy and #MommysMan?

Fatherhood has done many things for Ne-Yo, which include making him more conscious of the language he uses in song. “It’s made me more cautious about the words I use in my music,” the recording artist recently told inTouch Weekly. “Children turn into little tape recorders, and even though things sound cuter coming from them, you don’t want your four-year-old running around shouting [bad] words.”

Check out Ne-Yo’s ‘Another Love Song’ below!