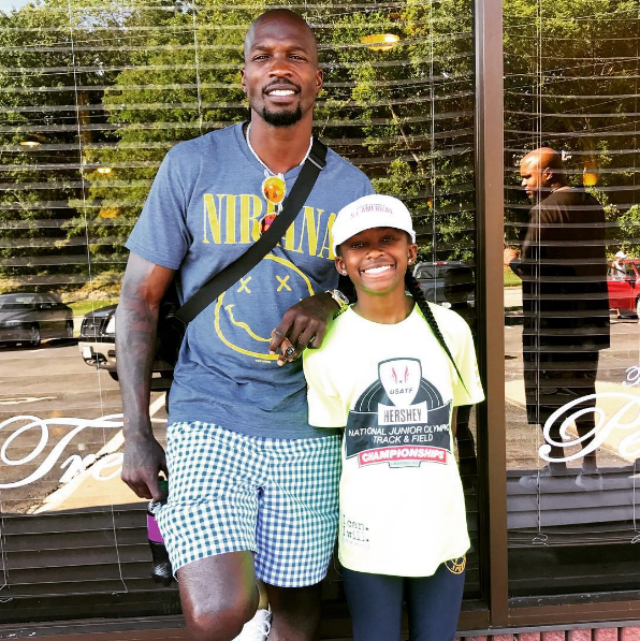 Cha’iel Johnson is unstoppable. The daughter of Chad “Ochocinco” Johnson recently won gold at the Junior Olympics with an 800-meter time of 2:13.72. Chad captured his daughter’s crowning moment on video.

Cha’iel showed just how much she is her father’s “mini me” with a pose that made some reminisce about Chad’s NFL days. The youngster further proved that she was her father’s child during an interview with media that was nothing short of Chad. “It means great,” Cha’iel said when asked how it felt to complete the 800-meter in just over two minutes. “I’m running college times, faster than some of the college girls. It’s good.” You have to see the video clip to understand what we are talking about.

Chad celebrated his daughter’s big win at the Junior Olympics online. “Little @babychaiel85 is the AAU 12-year-old national champion in the 800 meter,” he wrote on Instagram this past Wednesday. The celebrity father also told TMZ, “It’s a blessing to see her excel at such a young age because I sucked at 12.”

Cha’iel is one of four daughters that Chad Johnson fathers. The celebrity dad has five kids in all. Stay tuned for more Cha’iel Johnson track and field news!

NE-YO RELEASES 'ANOTHER LOVE SONG' WITH KIDS BY HIS SIDE