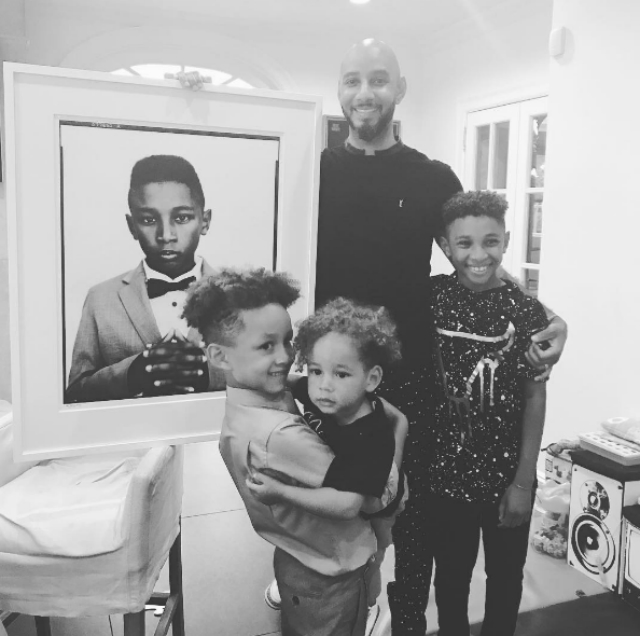 Swizz Beatz has got to be beaming with pride right about now. The celebrity father recently shared a video clip of his son, Egypt, completely involved in the creative process of making music.

“Vibe young man vibe,” Swizz wrote. Egypt was so into the process that he didn’t even stop to see what his dad was up to with the camera. Now that’s dedication and focus!

“I LOVE how you and Alicia motivate your children,” one fan wrote in response to seeing Egypt in his element. “Your children’s creativity should never be stifled,” another subscriber commented. “This is beautiful.”

Equally as beautiful is Kasseem Dean, Swizz Beatz’s second eldest child, and his appreciation of music and the arts. The youngster launched his website, Kassem’s Dream, a few years back in hopes of showcasing various works of art. The youngster has also taken center stage with his mom, Mashonda Tifrere, who was nearly brought to tears by her son’s invitation to perform with him during a recital. Kasseem’s recent performance was nothing short of perfection.

Baby boy performed yesterday with his rock band. Such a joy hearing this pure voice. Hallelujah and amen! ???? @kasseemsdream

Kasseem is discovering the beauty of artistry all while Egypt, Swizz Beatz’s youngest son with wife Alicia Keys, is making beats with dad. In fact, the toddler’s creation was included in one of his father’s latest projects.

In the middle of my #NoCommissionShanghai Genesis wanted me to hear his new beat 1234567???? thx @brooklyn_lighthouse on the gear ⚡️

Rumor has it that Swizz’s oldest son, Prince Nasir, spits rhymes now and again. Swizz has got to be the epitome of proud. The producer has five kids in all.

My family at visiting day. Love you guys!!